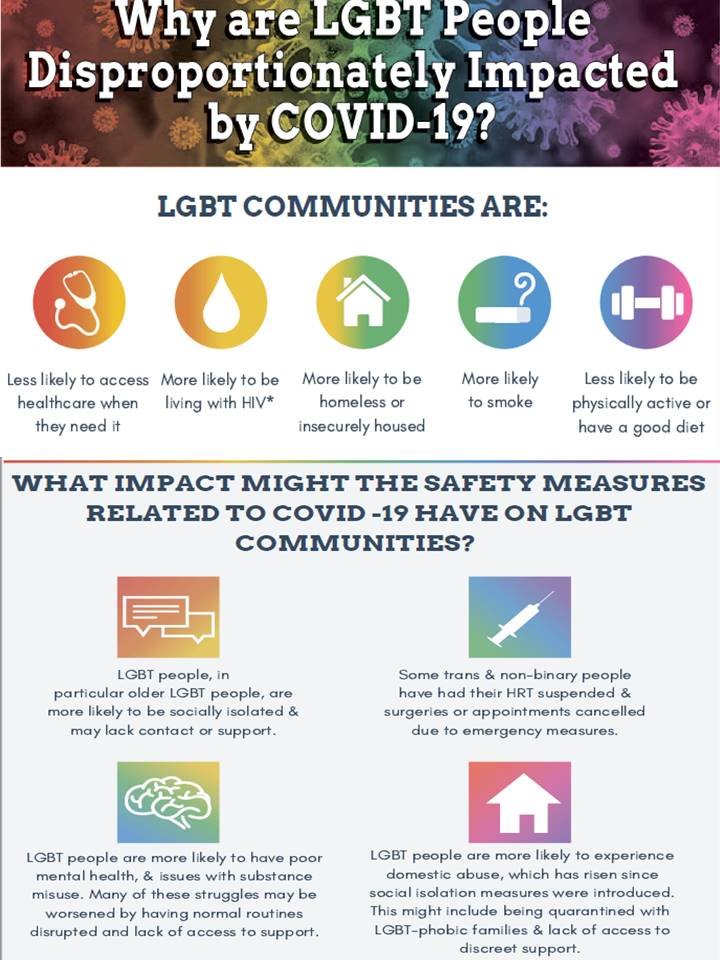 There is a misconception that individuals in the LGBT+ community are somehow responsible for everything that happens to them. Given some of the responses following my last posts (https://rly.pt/365TSyV), I thought it necessary to provide the information mentioned below.

At times people say and do things that harm others with their words and actions. Most times they are not aware that they are offending anyone. These actions are referred to as microaggressions. Microaggressions are defined as any verbal or physical interaction between those of different races, cultures, beliefs, or genders that has no malicious intent but can be interpreted as an aggression. Individuals in the LGBT community experience a significant amount of microaggressions as compared to their heterosexual counterparts. Listed below are a few of the many microaggressions that LGBT+ individuals face:


For those of you who are wondering, the long-term effects of microaggressions include, but are not limited to: high prevalence of clinical depression, anxiety, and somatization (the production of recurrent and multiple medical symptoms with no discernible cause). Increased levels of psychological distress, substance abuse, apprehension, and interpersonal difficulties. A recent study indicated a suicide rate of 41% among Trans individuals. Please note that some of the higher rates of HIV stem from the abuse and victimization that LGBT individuals are subjected to. For example, 21% of Transgender, Genderqueer, Nonconforming College Students, and 43-46% of adults have survived a completed or attempted sexual assault. In 2011, 1505 members of the LGBT community were victims of hate crimes. Lastly, from January 2008 to December 2012, there were approximately 1,123 murders of transgender people in 57 countries.

As humans, it is natural for us to fill in the blank regarding the unknown with information we think “fit” the situation. Most times, this information is based on what we have experienced, been told, or assume. Hopefully, the information in this post will help individuals research a topic before making a decision, posting a comment, or engage in certain behaviors.

Listed below are more facts regarding the LGBT+ community.

Until next time….
Posted in these groups:

MSG (Join to see)
>1 y
I am sorry to hear that. Have you been able to get the resources you need/want? Please send me a private message if you'd like more information/support.
(1)
Reply
(0)

SGT (Join to see)
>1 y
MSG (Join to see) - Thank you MSG for you concern but until there is a leadership/cultural change at the top and throughout the VA healthcare system the Transgender Veteran will never receive the care they earned.

So unless you can get me a meeting with VA Secretary Denis R. McDonough's so he can hear first hand how Transgender Veterans are treated withing the VA I doubt anything will ever change.
(0)
Reply
(0)

SMSgt Bob Wilson
Posted 5 mo ago
In hiring a person, I have one rule can the person do the job. If they can, great. If they can't, bye. I've been part of one lawsuit on discrimination. The decision was in the company's favor. Bottom Line: Give everyone a chance, but provide them with expectations to success.
(0)
Comment
(0)
Show More Comments
Read This Next
RallyPoint Home