Making Our Next Move: Thoughts on Transitioning to Civilian Life 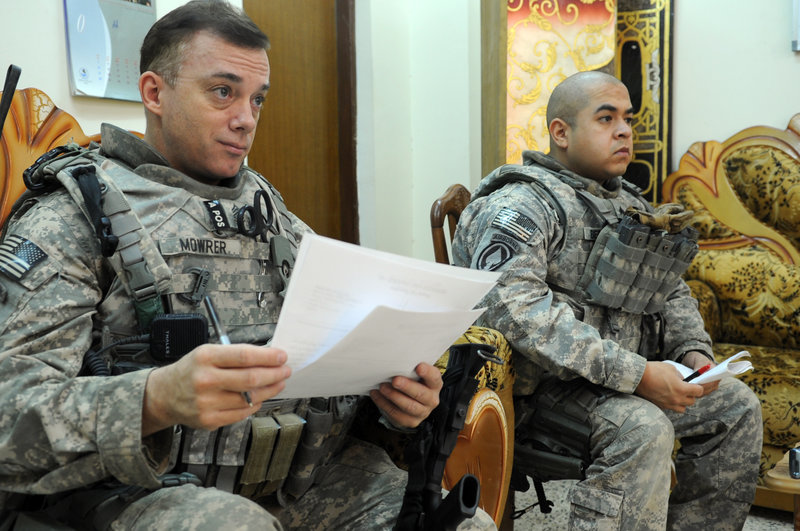 Many, if not all, of you reading this have made a transition at some point in your life. Whether it be the transition from grade school to middle school, or middle school to high school, we have all had drastic life changes as we move from childhood into adulthood. Fewer Americans, however, have transitioned from military service to the civilian world. I have lived through this transition and continue to live it in some aspects, even two years after retiring, or “transitioning,” from the military.

Admittedly, I was better prepared for my transition than others – I thought about it for five months; many don’t stop long enough to do that. I also have a strong professional background – engineering, project management, and foreign languages. The economy was not at a low point when I retired from the military. I tried to understand what the mandatory transition assistance program taught me, other than how much I dislike PowerPoint presentations. My primary question over those five months was how I could translate my experience and skills into a document that corporate America might consider worthwhile? All the while I was thinking, if only this transition were as seamless as my transition from grade school to middle school.

So what did I do? Like any veteran would, I got down to business. I drafted my first resume in over twenty years. Next I revised my CV, again and again and again. I had friends and family provide feedback on my resume, and I continued revising it. I cut more details from my CV than calories most people cut out of their diets when they want to lose weight. You see, our transition is not just about leaving or retiring from the military. Our transition is truly about redefining ourselves. It’s not that I haven’t known who I have been for the past twenty years. But after retiring, it has become more about defining who I am going to be out of uniform. My personal clothing preferences, for example, were among the questions I needed to answer. Remember, we haven’t had to choose our own clothing in years. We have worn a uniform throughout our military careers. Wearing a uniform makes picking out clothes for the week easy, but when my uniform is no longer the default - then what? My first impulse was shorts, a T-shirt, and flip-flops, although that probably wouldn’t go so well in an interview unless I wanted to be a lifeguard, but...even then, it would be questionable.

Next, I had to become accustomed to introducing myself constantly. Think about it: a uniform has your name on it, rank, title that is equated with your experience, skills badges, your service branch - all in a single glance. It’s a ready-made introduction. Throw in a dress uniform with the ribbons and medals, and now we really know exactly what this man or woman has accomplished during his/her service. Conversely, no matter the tailor, if I’m dressed in a suit and tie, no one can estimate my skills and experience by just looking at me.

Depending on length of service, I submit that the transition period varies in duration. Using my experience as an example, I spent over twenty years serving. Again using myself as an example, my transition is still in progress. What’s the big deal, why does it take so long? Well, there is no big deal. My intent is to build awareness of the transition process and its many facets. Therefore, if you do nothing else before leaving the military, start planning your transition as early as possible and consider who you want to be outside of your military uniform. Acquaint yourself with a civilian profession that you’re interested in, learn what credentials you may need, and determine if you can transfer your military credentials directly from the military to the civilian workforce.

The next two points are the most important to remember and utilize throughout the transition period:

- First, be as bold and fearless out of uniform as you were in uniform. I could talk for days about the amazing things we have all done in uniform. In contrast, it would only take me a few seconds to tell you the accomplishments of most of the people you will interview with and work for in your new careers. Remember, be bold and be fearless!

- Second, always support your fellow veterans in the civilian world. Like the military units we previously served in, we worked together to accomplish our missions.

Now, let’s sustain our esprit de corps by serving each other in our transition.
Posted in these groups:

SPC Rory J. Mattheisen
Posted >1 y ago
Forget about the "transition' process, continue to adapt and overcome. Figure out if you are living your life or if you are reacting to it, and remember to be intentional about thinking decisions through for the first couple years. We get into the react/respond mindset during our time in service and have to re-learn to process life as it happens.
(3)
Comment
(0)

SPC Rory J. Mattheisen
>1 y
I spent the better part of a decade out here drowning and having the "resources" that are available pour water on my face when I was able to breathe. I didn't know why everything was so jacked-up. Meds didn't help, therapy made it worse, everything fell apart and I ended up homeless. It turns out that when we react and respond to life we are stacking files on "the desk" and the longer we take to realize what is happening the bigger the stack gets. I have been taking each file as it needs to be opened and processing it completely for the last 2 years and today I have daily problems and it feels great.
(1)
Reply
(0)

LCDR Gerald Lowe
>1 y
Rory, thanks. It takes courage to handle the problems as you have named them and I am humbled by your hard work and tenacity. Hang in there brother and let me know if I can ever help or support you in your walk. Gerald
(0)
Reply
(0)

CPO Ronnie Townes
Posted >1 y ago
After retiring, I knew I had to adjust my way of think of what I had been accustom too for over 20yrs. I also had to deal with the challenge for translating my military skills to the civilian world. And it's been a very eye opening experience since I've been in the corporate world.
(2)
Comment
(0)

LCDR Gerald Lowe
>1 y
Chief, thanks and couldn't agree more. What is the best thing you have learned from the experience?
(1)
Reply
(0)

LCDR Gerald Lowe
>1 y
Chief, good points and highlights some of the challenges with transitioning. We all served for personal reasons, but, in my opinion, because we wanted to contribute and the people around us were of the same mindset. Keep pushing forward and showing others how to lead.
(1)
Reply
(0)

MSG (Join to see)
Posted >1 y ago
since i left the millitary, my bosses recognized my abillities, my attention to detial, and work ethic i now work on special projects, as well as my normal job, it give me overtime that others dont get, they still dont get what i could do as a leader, but eventually they may
(2)
Comment
(0)