NFL star to U.S. Army Soldier: The Legacy of the Pat Tillman Foundation 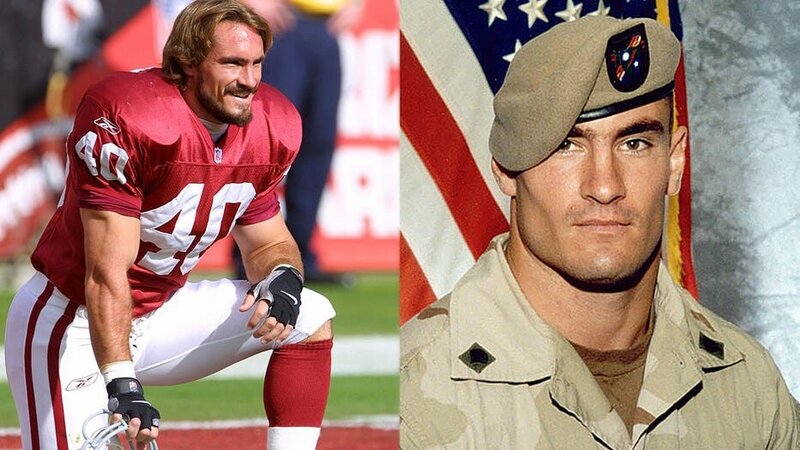 With the war in Afghanistan now ended, and another football season underway, I recently spoke with CPT Dan Futrell, chief executive officer of the Pat Tillman Foundation. We talked about how the organization’s 754 Tillman Scholars are making an impact on the issues of the day, and about the foundation’s future as it approaches its 20-year anniversary in 2024.

Futrell is a 2011 Tillman Scholar and former Ranger-qualified infantry officer who served as a platoon leader, company commander and aide-de-camp. He is two years into his tenure as CEO at the organization, formed in honor of Pat Tillman. Tillman, who would be 45 this year, attracted national attention in 2002 for leaving a promising National Football League career to enlist in the U.S. Army, with his brother, Kevin.

Pat and Kevin served tours in Iraq and Afghanistan. Pat was in Afghanistan when on April 22, 2004, his unit was ambushed, and he was killed in a friendly fire incident. That year, Pat’s family and friends, including Pat’s wife, Marie, founded the foundation to honor his legacy. The following interview was edited for space.

Thanks for talking today, Dan. On the RallyPoint community’s behalf, please send Pat’s family and friends our condolences for their loss. We appreciate your time in updating us on the foundation’s work and values, which, as you note, are Pat’s values of service, scholarship, humble leadership and advancing ideas that impact others and the world.

Talk about what you do in your role as CEO of the Pat Tillman Foundation to advance those values.

Dan Futrell: My role is to make sure the organization embodies what Marie Tillman calls the “living legacy” of Pat Tillman. Specifically, I support our 18-20 staff members, who in turn support our more than 750 Tillman Scholars across the country. We do that in diverse ways.

One primary way is through academic scholarships to Tillman Scholars — Veterans and military spouses who believe their best days of service are still ahead and want to make an impact in the world in a way that is aligned to Pat’s values. The scholarships fund a community of high-impact, high-potential people who are doing important work in society and around the globe.

After Tillman Scholars complete their education, we provide leadership development through training and networking. We offer seminars where we examine leadership styles — attributes like creativity and decisiveness. We connect scholars with opportunities through partners such as the Aspen Institute, the NFL or South by Southwest.

On average, Tillman Scholars are between the ages of 27 and 30 when they graduate. They are cresting in their careers and have potential to grow into even stronger leaders. We help them ride that wave by fostering skills in the core values that Pat exemplified. The world does not have enough leaders who lead the way Pat led. We believe deeply that we can change that through our commitment to supporting Tillman Scholars long after they’ve earned a degree.

Dan Futrell: It was hard to watch the news unfold in the lead up to the official end of the war on Aug. 30. Many Tillman Scholars served in Afghanistan and had family and friends affected by the situation on the ground.

Several Tillman Scholars took action to support Afghan individuals and families coming to the United States. For instance, Rick Schumacher (class of 2010) started an internal chat group that eventually expanded to a massive network of governmental and nongovernment resources. Kate Hoit (2012) and her Tillman Scholar husband Adrian Kinsella (2012) welcomed Afghan families at the airport and created Amazon wish lists that secured household essentials for new residents. There are so many other stories of Tillman Scholars embodying Pat’s values through assistance to these new arrivals. (Read more at https://pattillmanfoundation.org/news-media/2021-scholar-afghanistan-comments.)

Can you highlight some other standout successes of Tillman Scholars?

Dan Futrell: At any given time, we have 150 Tillman Scholars enrolled in an academic program, and more than 600, like me, who are postgraduate Tillman Scholars. Tillman Scholars are diverse in background and ideological makeup — reflecting the military’s diversity — and they are involved in just about every critical issue.

Here are just a few examples of what scholars are doing now, beyond Afghanistan:

Melissa McCullough (2019), a Clemson University-trained bioengineer and Navy Veteran, developed an award-winning system to test for COVID-19 in wastewater, which can detect for early outbreaks and equity in vaccine distribution.

Keidrick Roy (2017), a Harvard University graduate and Air Force Veteran, uses his training in American studies, and his comparative experiences in the military and as a civilian, to convene conversations about racial justice in the Boston area.

LaChiana Hamilton (2014) is an Army Veteran and nurse practitioner who trained at the University of South Florida. While working at a clinic for socioeconomically disadvantaged families in South Carolina, she made thousands of masks to prevent the spread of COVID-19, and donated several to marginalized families and front-line health care workers.

Scholars are leading through action, and that reflects what Pat was all about. (Meet all the scholars at https://pattillmanfoundation.org/meet-our-scholars.)

Short of becoming a Tillman Scholar, how else can service members and Veterans and others around the country get involved with the foundation?

Dan Futrell: Pat was earning a large salary as a football player when 9/11 happened, and he felt compelled to serve and be part of the solution. There are many ways people can serve their country or community, and reflect the values that Pat lived by. Your readers can look out for Pat’s Run and “Pints for Pat” benefit events throughout the year.

One fun and healthy way to get engaged is through “Pat’s Run 42 in 40 Challenge,” which started Oct. 3 and ends on Veterans Day, Nov. 11. (Pat wore a 42 Sun Devils jersey at Arizona State and number 40 for the Arizona Cardinals.) You can run, walk or hike 42 miles in 40 days and raise money for Veterans and military spouses. Check out the Facebook page (https://www.facebook.com/pattillmanfnd) or learn more at https://pattillmanfoundation.org/pats-run/42-in-40-challenge.

The foundation’s mission was last redefined in the 2008-2012 period. Do you see this as an inflection period when the foundation’s priorities may evolve?

Dan Futrell: As we approach our 20-year anniversary in 2024, we are at an inflection point. We aren’t going to change our mission, which is to unite and empower remarkable military service members, Veterans and spouses. But after nearly 20 years, we’re exploring how we can make an even deeper and broader impact. And what that means is more investment in leadership development through expanded training and workshops. We’re also looking at a future when we can offer leadership development outside of our scholar community. As we grow, we think there’s a role for us to play in building more leaders who lead how Pat led. Stay tuned.

Dan Futrell: The program is fairly competitive, with a selection rate of 2-3%, but you aren’t going to get selected if you don’t apply. We put out a lot of information about the application process, including instructional videos posted on our YouTube page. We are also partnered with 17 universities who offer additional assistance with the application.

The most successful applicants are those who really understand Pat’s values. Those who fall short have trouble articulating why they want to make an impact, and how they plan to do so. We want applicants who are motivated to do something big in the future.

(Learn about the Tillman Scholars program at https://pattillmanfoundation.org/tillman-scholars-military-scholarships and find the “Scholar Perspectives” videos at https://www.youtube.com/c/pattillmanfnd/videos.)

What else should the RallyPoint community know about the foundation and Pat’s legacy?

Dan Futrell: A lot of people have heard Pat’s story. Many thoughtful books have been written about Pat, especially Marie Tillman’s “The Letter: My Journey Through Love, Loss, and Life.” I also encourage people who are seeing this on RallyPoint to read Jon Krakauer’s book, “Where Men Win Glory: The Odyssey of Pat Tillman.” It provides a nuanced portrait of an intellectually curious and complicated man. This contrasts with the black-and-white image of Pat that too many people — especially those in political spheres — want to put forth. If you read that book, which includes excerpts from Pat’s journals, you gain a richer understanding of who Pat was — and who he wasn’t.

Read about recent Tillman Scholars: https://pattillmanfoundation.org/news-media/pat-tillman-foundation-announces-its-2021-tillman-scholars.
Posted in these groups:

SFC Randy Hellenbrand
Posted 1 mo ago
He was a real patriot. He died fighting the country that actually attacked us.
(11)
Comment
(0)

SFC (Join to see)
1 mo
What country would that be? So far as I know, the Taliban and Al Qaeda have not been granted the status of sovereign nations.
(1)
Reply
(0)

SSG Brian G.
28 d
There have only been a handful of countries that attacked the US and Tillman, while a patriot, did not die fighting any of those countries. Maybe you should actually LEARN history before you go typing and showing your lack of education and knowledge.
(0)
Reply
(0)

MAJ (Join to see)
Posted 1 mo ago
He was a very good person. He was scholarly, physically gifted, compassionate, and driven by many good values. We lost a great man of such high caliber.
(4)
Comment
(0)