Requiem for Strategic Deterrence – Is war with China Inevitable? 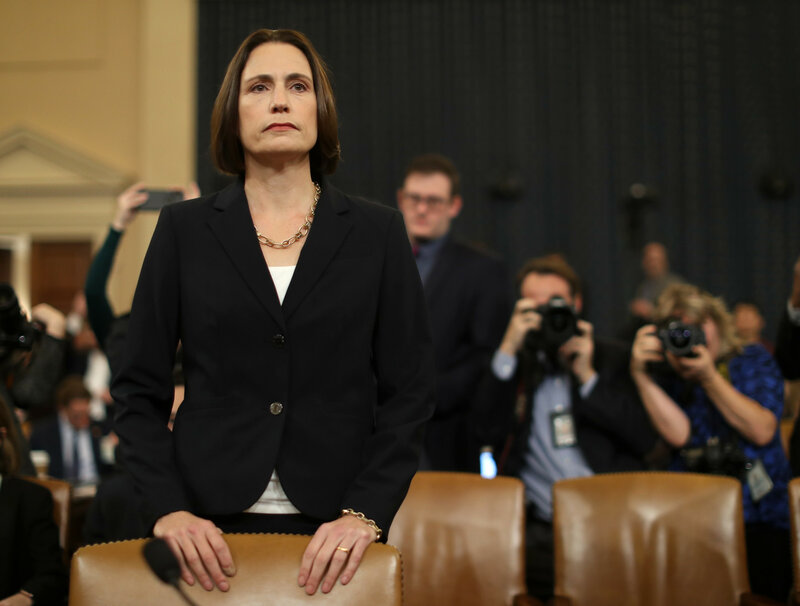 Election Night 2022 did not fail to disappoint as the fluidity of our domestic politics were on full display.

The pre-mortems during the home stretch of the 2022 mid-term elections projected significant losses for the Democrats, including potentially losing control of both chambers of Congress. Yet, Democrats had a much better night than anyone expected with critical wins in Senate races in Pennsylvania, Nevada, Arizona, and New Hampshire and key governor races such as Katie Hobbs’ victory over Kari Lake in Arizona. Republicans, for their part, realized crucial victories in both Ohio with the election of JD Vance to the US Senate and Florida with Ron DeSantis’ the 20-point gubernatorial victory – notable given future importance of Ohio and Florida in the 2024 presidential race.

That political test is whether the on-going competition with China will evolve into a war. Such a conflict would not only test our political leaders but also the future of the international order – as former National Security council official, Matt Pottinger, recently stated: “A war [with China] would fundamentally change the character and complexion of global power.”

To better understand the potentiality of war with China, we must begin by investigating the paradigm within which leaders in the United States and China are making moves and shaping the strategic environment.

Dexter Filkins recently reported in the New Yorker that China is now subsuming fleets of civilian ferries and other civil watercraft into its military command structure. These civilian crafts, thought to be in the thousands, join a Chinese Navy described in a November 2022 Congressional Research Service (CRS) report as the largest navy in the world.

In fact, the November CRS report estimated the Chinese navy included more than 355 naval platforms – from surface combatant ships, to submarines, to aircraft carriers, to amphibious ships. The same CRS report projected that China’s navy would grow to “420 ships in by 2025 and 460 ships by 2030.” For comparison, the US Navy currently has 294 ships. CRS projects the US Navy “battle force” may only have 290 ships by Fiscal year 2030.

China’s enlargement of its navy comes as its army continues to conduct exercises, organize staging areas, and practice amphibious landings just across the Taiwan Strait. These steps by China’s military become particularly concerning when one considers the strategic context within which these Chinese military exercises and activities are occurring.

Secretary of State Anthony Blinken recently noted a strategic shift by Chinese Communist Party leadership: “China had made ‘a fundamental decision that the status quo was no longer acceptable and that Beijing was determined to pursue reunification on a much faster timeline.’” While Chinese Communist Party leadership may have made this strategic shift, actually effecting “reunification” is a much different and larger task.

Xi, the President of China and leader of the Chinese Communist Party, finds himself in a strategic dilemma. An invasion of Taiwan would, without question, levy significant costs on China. But Xi cannot back down given his view that the status quo with respect to Taiwan is no longer tenable.

Given this strategic dilemma, China may well be attempting to find alternative pathways to changing the status quo vis-à-vis Taiwan. That is why we are seeing China test the United States and Western allies through unprofessional engagements against our military aircraft and forcing our naval vessels to change course.

Chinese Communist Party leadership is trying to find ways to upturn the status quo – either through effectuating a casus belli or exploiting any weaknesses they discern in our resolve. China will likely also employ intelligence and information operational means to change the status quo with Taiwan.

This is why this moment so dangerous.

What’s more, China has likely assessed the United States will is bounded in how far it will go with sanctions. Chinese Communist Party leadership is also likely noting the calls to pull back on US military aid to Ukraine, suggesting a lack of resolve by the United States to provide military support in the context of a prolonged conflict.

“Once engaged, a fight would be difficult to control. If leaders on either side began to believe that they were losing, they could feel pressure to escalate; China might attack Americans overseas, and the United States might intensify attacks on the Chinese mainland. Countries throughout the region, and perhaps the world, would be forced to decide whether and how to join the fight.”

The most dangerous future is one in which Xi mis-reads the strategic environment and makes a bold move against Taiwan. In this scenario, Pottinger explains:

“An open confrontation would have enormous implications…If China loses, it could lead to the collapse of the Party and the end of Xi. If Taiwan falls, we are in a different world, where the tide of authoritarianism becomes a flood.”

Therefore, the strategic question for the United States remains: Is war inevitable? If it is, we must change our posture by vigorously and actively preparing for war, providing robust security assistance to Taiwan, and acting to shape the way in which any version of war would unfold. But, in doing so, it risks making war unavoidable. That’s when you know strategic deterrence is dead.

Perhaps we already are with China as well.


Alex Gallo is the author of “Vetspective,” a RallyPoint series that discusses national security, foreign policy, politics, and society. Alex also is a fellow with George Mason University’s National Security Institute, an adjunct professor in the Security Studies Program at Georgetown University, and a US Army Veteran. Follow him on Twitter at @AlexGalloCMP.
Posted in these groups:

SFC (Join to see)
Posted 2 mo ago
With China I believe it is about respect. I believe they currently don’t respect the USA and can easily predict our reactions under President Biden. War is not inevitable, but under this Administration it is more likely. Weakness is an invitation to Communists to take as much as they can while the taking is good, and I fear we appear weak to them.
(7)
Comment
(0)

1LT William Clardy
Posted 2 mo ago
A shooting war with the PRC is no more inevitable now than war with the Soviet Union was inevitable in 1983 (when a lot of World War 3 novels were being written).
Assuming that Chinese strategic thinking mirrors our own is a long-standing, albeit foolish, U.S. conceit which makes misinterpreting Chinese moves and intents dangerously more likely.
I highly recommend reading Pillsbury's "The Hundred-Year Marathon: China's Secret Strategy to Replace America as the Global Superpower" for a compelling exploration of Chinese long-term strategy.
https://www.thriftbooks.com/w/the-hundred-year-marathon-chinas-secret-strategy-to-replace-america-as-the-global-superpower/9150371/item/44739909/?gclid=Cj0KCQiA1ZGcBhCoARIsAGQ0kkqpYVdhfctUPXAtgYd5wBHXqWFcqN2eygi8wc0lI4ONbafdryX9u6caAhdfEALw_wcB#idiq=44739909&edition=11653459

Buy a cheap copy of The Hundred-Year Marathon: China's... book by Michael Pillsbury. One of the U.S. government's leading China experts reveals the hidden strategy fueling that country's rise - and how Americans have been seduced into helping China... Free Shipping on all orders over $15.

MAJ Ken Landgren
2 mo
1LT William Clardy - I think we should be more judicious at committing to wars. The army has been tired and worn out for many years. This might not be popular, but it is my opinion that training, schools, deployments, PCS moves, more training and deployments have taken a heavy toll on the army. Thus, making many soldiers at risk of emotional and metal challenges. The country has not paid the price, it was SMs who paid the price.

Let Iraq be a lesson in invading a country and dismantling the whole government. We really f@cked up by committing to that war.
(1)
Reply
(0)

1LT William Clardy
2 mo
I think we are in devout agreement, MAJ Ken Landgren.
My experience taught me that our military doesn't "not win" wars gracefully, and I think the current upper echelons are even more reluctant to address unpleasant lessons than they were when I was young soldier.
(1)
Reply
(0)

MAJ Ken Landgren
2 mo
1LT William Clardy -Iraq was so poorly planned. Once we reached Baghdad the army said what now? Then came COIN. Then we thought COIN was the be all end all to insurgencies, but we pursued winning the hearts and minds of the Afghan people. That failed miserably for 20 years.

Clausewitz Trinity of the people, government, and military would have given us a better analysis in retrospect.

LTC John W. Garnsey
8 d
1LT William Clardy - I think you're exactly correct on the strategic end state of the PRC. While our national leaders are consumed with making poitical points over the culture wars, PRC and other nations have been making strategic, long-term, steady advances across Diplomacy, Military and Economic areas.
(1)
Reply
(0)

SSgt (Join to see)
Posted 2 mo ago
I worked at the Command Post whilst at Ramstein as a Meteorologist and pilots talked about being harassed by MIGS. I am very nervous since the wall was broken down. The F-4, C5, and F-16 were still uneasy.
(4)
Comment
(0)
Show More Comments
Read This Next
RallyPoint Home