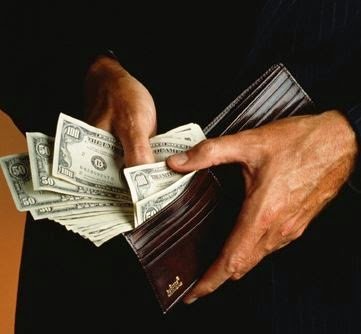 In Part I, I explained how to think about “Strategic Investing” – specifically, where you want to be financially in the next 10-40 years from the back end – backwards planning that is. If you answered with anything but “rich”, well, you probably need to go see a psychiatrist.

In any case, now that you’ve thought about that, the next question is: “How do you get there?” The answer is: from the front end, a little bit at a time! Investing for the long term means you have to start saving a little at a time in the short term. In other words, in order to successfully invest “strategically”, you need to invest “tactically”. Let’s think of it like this - strategic investing, or investing for the long term, is actually a whole bunch of smaller tactical investments that achieve your strategic investment over time.

What many investors, especially new investors, fail to realize is that tactical investing does not always result in a tactical win. It takes continued application of the tactical battles, or tactical investing in this case, to reach the goal of the strategic plan. Over time, continued tactical investing leads to many smaller wins and a few losses that, when combined, result in an overall strategic win consisting of hundreds of thousands or even millions of dollars stashed away for retirement.
So, let’s discuss the one thing that discourages most investors: how do you deal with “tactical” losses?

If you think of a tactical investment as a series of battles or engagements, with a series of different tactics all being used both together and separately, you’ll start to understand. One loss in the tactical world is not the end of your strategic war. It might be a setback or even a loss, but when you look at all the wins, the one or two losses ultimately add up to nothing.

Additionally, a tactical investment loss isn’t always a loss. Think of an investment as a member of a platoon. Think of your company as being several platoons, and several companies are part of a battalion, and several battalions are part of a division. What you wind up with is many platoons, or investments, spread out across a large number of battlefields. Not every battle is going to be won, but if you keep putting more resources (money) into the division (multiple battalions, companies, and platoons) eventually, the tide will turn and you’ll start having win after win after win, with only the occasional loss. Over time, your wins will thoroughly overwhelm any losses you may have, and you’ll have a complete and total victory.

I’m going to cover how to diversify or spread out your investments more in Part III, but the key point to understand is not to let a few losses discourage you. Instead, redouble your efforts, focus on putting more resources into those tactical investments that you know you are winning or can win.
If you have an investment that isn’t doing so well, try to figure out if you’re just not giving it enough resources.

If it’s just a bad investment and no amount of money will make it work, then you have two choices - either leave what you’ve put into it and don’t add more to it (rather, take that money and put it somewhere else), or declare it a complete loss and pull all your money out of it for use elsewhere. I’m not a fan of the latter choice because unless the investment goes completely belly up, it will usually start to recover at some point and gain ground.

In Part III, I’ll go over how to spread your investments out, or diversify, for tactical and strategic gains!

Comment below or start the conversation here and connect within the military community.
Posted in these groups:

Bottom line is that investing a little bit every pay day - from early on - is one of the keys to success. I've said here before that a dear aunt of mine gave me that advice when I was a teen. I tried, but it was easier to spend than to save. If only younger troops (people) could "get" this simple concept, their years later in life and in retirement would be sooo much better from a financial perspective.
(3)
Comment
(0)

SFC (Join to see)
>1 y
CW5 (Join to see): Thanks chief! The hardest thing to do, is to know you have money, and not spend it. It took me more than 15 years to learn that - and it's a lesson I will never forget. I also will always regret spending that money to this day.
(1)
Reply
(0)

Capt Richard I P.
Posted >1 y ago
Great analogy for the military investor. SFC (Join to see) I can't wait for the next in the series.
(2)
Comment
(0)

SPC Patrick Gearardo
Posted >1 y ago
I recently started investing myself on etrade. MY biggest problem is trying to get rich tomorrow. Is it possible to break that habit?
(2)
Comment
(0)

SFC (Join to see)
>1 y
SPC Patrick Gearardo One thing you can do, is when you invest the money, forget about it - forget that it's there (well, don't completely forget that it's there, just don't worry about it basically) . Don't check your investments more than once a month - when you do, do so to make sure that the money you invested is actually what was deposited. Also, if you move money around a lot, you wind up spending more in commission and brokerage fees. You also need to accept the fact that no one really gets rich quick! It takes lots of hard work, patience, and commitment to wait it out. If you're military, invest in the TSP. If you work for a company with a good 401K plan, invest in their plan. My company matches the what I invest from the first 3% of my earnings dollar for dollar, and then 50¢ on the dollar for the next 2%. That means, I invest 5% of my earnings, they match 4%. If I put $50 (say 5% of $1000), they'll add another $40 to the pot. Free money when I do finally retire for good.
(1)
Reply
(0)

SPC Patrick Gearardo
>1 y
Yeah, I wish I had a 401K option again. I TRY to not check my stocks, but I'm always keeping up to date with the news and world events to see what might bring my stock down. I'm to the point where I actually HATE weekends because nothing is being traded.

My friend who does Investing for a living told me that there are Investors and Traders and, in the long run, the Investors usually do better. But with my personality, I can't help but being a trader. I'm always looking for the next big stock that will go up and I am definitely lacking patience.

I will keep following your strategies and try to be more patient with some of my investments. ;)

Thanks!
(1)
Reply
(0)
Read This Next
RallyPoint Home