The Letters and Emails We Send During War 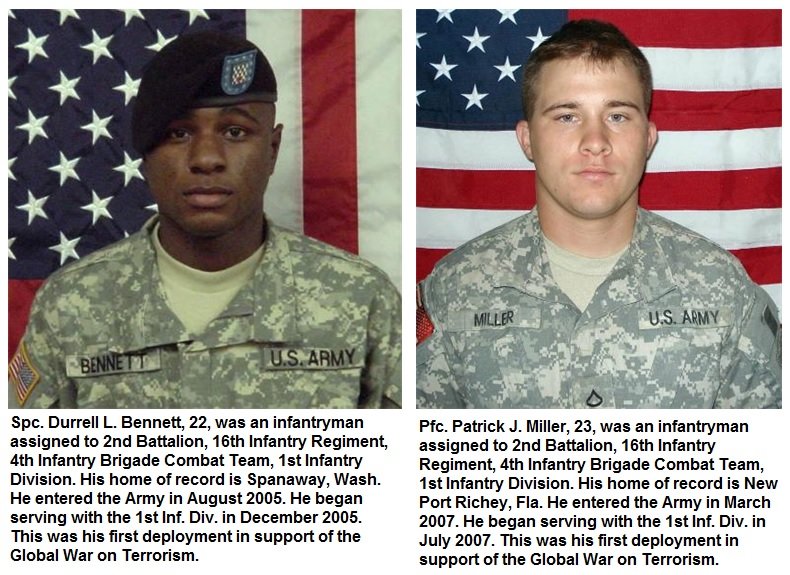 This is a letter that I sent home to family of friends following a tough week in Iraq when I was in battalion command in Baghdad. I've previously shared it in a couple of venues and hope RallyPoint finds it of interest.

I've been trying to get out another update on the events of the past two months, but we've had a busy couple of weeks -- large spike in insurgent activity. Unfortunately, our brigade lost several Soldiers. Again, my battalion was spared any casualties. I can't bring myself to write about my trivial goings on with the weight of the latest combat operations, and the burden of the associated loss. That will have to wait.

One of the missions my unit performs is recovering heavily damaged vehicles that units are unable to self-recover. We had several over the past week into heavily contested areas. Our follow-on missions after a recovery are to sanitize the damaged or destroyed vehicles, process the human remains and prepare the fallen Soldiers for transport through the mortuary in Baghdad and on to the mortuary in Dover. Unless out on a mission, I am always present when remains are brought back and vehicles are sanitized. It is the most solemn of missions and at the same time potentially the most psychologically demanding that my Soldiers encounter.

One of my recovery teams went out with 2nd Battalion, 16th Infantry Regiment -- Rangers -- to bring back a destroyed HMMWV and two of their fallen comrades. This mission involved running a gauntlet of improvised explosive devices (IED), rocket propelled grenades (RPG) and small arms fire--there and back--and, thank God, our guys returned unscathed, despite being hit by all three. I was there when we downloaded the severely damaged gun truck, which was missing an armored door after receiving the full blast of an explosively formed projectile (EFP). After untarping the vehicle and beginning the sanitization, I moved to the mortuary affairs collection point where I met those two young Rangers, not in life but in death. The earthly remnants of their bodies were void of the souls and spirits that so recently filled them with life and aspirations, but had now moved onto a better place. After fourteen months of hard fought combat, these two Rangers were only days from going home; each was in his early twenties. I stood shoulder-to-shoulder with my chaplain as he prayed over the bodies of these two fine young men.

No movie can capture the essence of war, not even the beach landing scene in Saving Private Ryan. Rightfully, such true to life experiences should not be seen and felt by anyone. Beyond the sights and sounds of battle, the movies can never bring to the viewer the overwhelming crush to the other senses: touch, taste and smell. My attempts to describe the variety and severity of each sensory input would make this message unreadable. So, I'll spare you those details. Suffice it to say that the most overwhelming sense is that of loss.

Today we held the traditional memorial ceremony for both of them. It was comforting to see photos of them when they were whole, strong, motivated and proud to serve. Unfortunately, what I'll carry with me is the images of my meeting with them at my mortuary as we prepared them for their hero flight home.

General of the Army Douglas MacArthur once said, "The soldier above all others prays for peace, for it is the soldier who must suffer and bear the deepest wounds and scars of war."

While this is true, the Soldier also prays for his life, the life of his buddy next to him, the loved ones he is serving to protect, and his safe return home where he can peacefully enjoy that blanket of freedom for which he has sacrificed so much. He prays for victory, for strength in battle, for the annihilation of his enemy, and for retribution of fallen comrades. But what separates a Soldier's prayer from any other God-fearing American, is that he puts his prayers into action. Wielding his God-given strength he storms into the cauldron of fire, takes the fight to the enemy, places his life on the line for his buddies, seeks vengeance for his fallen comrades, and annihilates the enemy.

May God continue to bless our Nation with young men like Specialist Durrell Bennett and Private First Class Patrick Miller, young men that not only pray for peace but are willing to answer the prayers of millions of Americans by waging into battle to protect and preserve that blanket of freedom. Sleep gently tonight America, for your brave young men are standing firmly at their post.

1SG William Zappa
Posted 6 y ago
I know what you are talking about sir. I was the First Sergeant of D co, 2-16 IN, that escorted your recovery team to the COP. I was on that mission as well. Once at the COP, there was a platooned pinned down and we were tasked to recover that platoon and get them back to their COP, which we did successfully. I have never been more proud of my men of D Co. Once we escorted you all back to the FOB, I was required to stay back and identify the remains of Specialist Bennett and Private First Class Miller....so to quote you sir.
"May God continue to bless our Nation with young men like Specialist Durrell Bennett and Private First Class Patrick Miller, young men that not only pray for peace but are willing to answer the prayers of millions of Americans by waging into battle to protect and preserve that blanket of freedom. Sleep gently tonight America, for your brave young men are standing firmly at their post."

COL Sam Russell
6 y
Wow! What a connection. I recall our recovery guys had to stay overnight at that COP, I think.
(3)
Reply
(0)

SSG Jeremy Siebenaller
6 y
Top, what was your call sign ? I too was along with y'all for the ride. I was lead gun truck for our company. I remember the day very well unf
(2)
Reply
(0)

SGT Jimmy Carpenter
Posted 6 y ago
I had a letter that I kept with my personal effects addressed to my mom and kids, just in case. As soon as I was safely back in the states, I threw the letter away.

I don't remember what all it said but I know it started off something like this "If you are reading this letter, it means I didn't make it."

Thinking about that letter and the fact I actually had to write it has brought a tear to my eye.

I do remember telling my mom that if I got killed in action to not carry on like that one mother, Cindy Sheehan that went on a rampage against President Bush because her son was killed. I also told her that if I was wounded to the point that I had less than a 50% chance of surviving, to pull the plug. These are things that no mother wants to hear or should have to hear from her son or daughter.

I don't know if any of my family still has letters that I wrote home. I tried not to write about killing or death, I guess I didn't want them to know just how dangerous it was for us.

SGM Erik Marquez
Posted 6 y ago
While I can appreciate the question and desire..
What i wrote to the wives, daughters, Mom and dads of those I lost.. should never have been written, but surely do not deserve to be read by anyone but them.
(7)
Comment
(0)

COL Sam Russell
6 y
Like you, SGM, there are letters that I've written that are very private that are meant only for the eyes of the NOK. Solemn, indeed, which is as it should be and should remain.
(3)
Reply
(0)
Show More Comments
Read This Next
RallyPoint Home