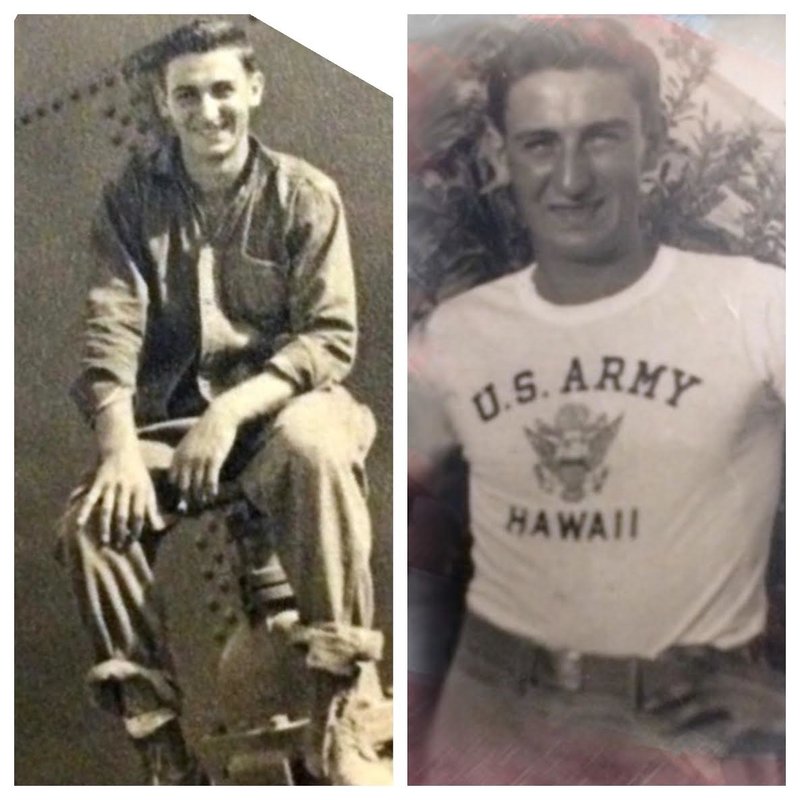 Narcheeso “Cheeso” Massaconi served his country admirably in the United States Army from 1942 – 1945. “We didn’t have much, but we made the most of what we had” said the 97-year old WWII veteran. “I asked my father for a nickel to get some ice cream once….he looked at me and said, ‘you wanna’ eat supper tonite, don’t you?” he said with a chuckle. He also had two brothers that served in the Army; Mike (who was at The Battle of The Bulge) and Pete.

Drafted right after Christmas in 1942, the 18 year-old Massaconi was sent to Fort Eustis in Richmond, VA then to the Pacific Theater. His assignments would include Pearl Harbor (before the Japanese bombing), The Battle of Saipan and Iwo Jima, which he described as “Hell on Earth.” I asked him about Iwo Jima and it brought back many memories, most of them not good. “The Japanese had big guns in the tunnels on Mount Sirabachi that came out on tracks. They unloaded on us…..we were sittin’ ducks” he recalled. I asked him if he was ever scared and he didn’t hold back – “I was no hero….too god damn scared to even eat….we worried about staying alive….If you wanted to die, get out of your foxhole at night” he remembered. Was it tough being away during Christmas I asked? “It was kind of sad. I just wanted to get the war over with and get back home and go to work” he said.

While on Iwo Jima Corporal Massaconi shared a powerful story. “We had to dig foxholes….there was a black unit with us that didn’t want to dig foxholes….instead, they set up tents…..we warned them how dangerous it was….the Japanese staged a sneak attack one night and went right down the line, throwing grenades into the tents….killed everyone” he said shaking his head. He continued, “I’ll tell ya’ one thing, whoever trained our German Shepard dogs did a helluva’ job. When the Japanese killed a dog, we buried’em just like we would one of our soldiers….boy, they were good dogs…..Iwo Jima….there wasn’t a battle like it. In Europe, you always knew where the enemy was and who you were fighting…..not at Iwo Jima…..you never knew where the god damn enemy was….Japanese attacked when you were the most vulnerable” he remembered.

Corporal Massaconi also said the evil’s of war bring out the worst in people. “We had this dentist….he would sneak out at night and pull the teeth of the dead Japanese to get the gold fillings….bodies were decaying….maggots all over’em…..they finally told him to knock it off….we had no sterilization at Iwo…..those same damn pliers he was using on us” he said, sadly shaking his head. I asked him if he had a mentor overseas or looked up to anyone. “The only guy I ever looked up to was Joe Dimaggio” he said with a smile.

His thoughts on his service? “I loved my country and wanted to do what’s right….think we did ok….still can see my mother crying saying, ‘you no go…stay home and help the family’ he remembered, looking off in the distance. This remarkable 97 year-old man (soon to be 98) still works in his gardens and this past year went out and enjoyed his passion for deer, rabbit and pheasant hunting. Corporal Massaconi is also a distinguished member of the National UNICO Hall of Fame. Cheeso Massaconi, thank for your service to our great country.
Posted in these groups:

Lt Col Charlie Brown
Posted 3 mo ago
Amazing story. Thanks for the share. So many of them downplay what they did.
(12)
Comment
(0)

SGT (Join to see)
1 mo
Great to hear from the Greatest Generation. We have to preserve their stories and honour them while alive. my respects to all the great men and women that fought for our freedom.
(0)
Reply
(0)

Wayne Soares
2 mo
This will be featured twice a month Sgt. Groth. Thank you
(0)
Reply
(0)

SPC William Blaisdell
Posted 3 mo ago
Great article as always, Wayno. So happy and excited to see that you’ve gone national. I am honored and proud to be your friend.Blais
(8)
Comment
(0)