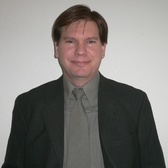 May 2003 - July 2004 Originally supposed to deal with POW's and our MTOE was reduced to match that mission. Instead we, patrolled, conducted escorts, and primarily worked with the Iraqi Police in Baghdad (created the major crime unit MCU). Apr 04 was sent to An Najaf to support the Spanish contingent against Mahdi Army uprising there.
Nov 2001 - May 2002

Lived and stationed in Ferizaj off base about 15/20 minutes from Camp Bondsteel. Patrolled, conducted escorts, and worked with the UN Police (UNMIK) and Kosovo Police. Patrolled the border during the Albanian uprising in Macedonian .