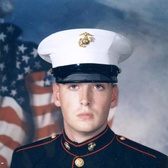 Eight years of increasing responsibilities and management as a Non-Commissioned Officer in the United States Marine Corps and as a DOD contractor working for NAVAIR 4.5x SSP. Since graduating from college I have shifted gears and am now working at RIT in the Veteran Services Office. Working to help vets go to college and use there educational benefits is the most rewarding job I've ever had! 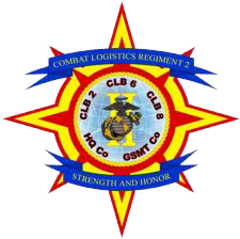 CLB-2, CLR-2, 2nd MLG, II MEF | Fallujah, Iraq
The unit I was with is not listed here 2nd TSB B CO 4th PLT so I just put the name of the unit that TSB turned in to. Anyone heard of Camp Idaho? It was a potato factory that we took over in the city of Fallujah during operation phantom furry.

Resupplied multiple Forward Operating Bases (FOBs) including, Haditha Dam, which supplied the country of Iraq with a majority of its electricity Secured areas, built and set up voting booths for second Iraqi Election Served as the lead and rear gunner in several convoys throughout the country of Iraq
2004 - 2005

Vehicle Maintenance/Operator, Machine Gunner Secured areas, built and set up voting booths for first Iraqi Election Resupplied and provided security for Operation Phantom Fury Served as the lead and rear gunner in several convoys throughout the country of Iraq