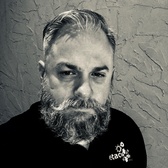 Over the past 20 years, Terry progressed from entry-level engineering positions to senior executive roles within several Fortune 50 companies. He hired his two USN Veteran sons through a joint venture. They made the decision to re-structure ETAC and separate from the joint venture. ETAC is now both a Veteran Owned and Family Owned business.