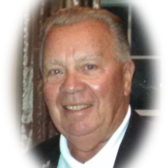 I am retired at this point in my life, but I keep active as Commander, DAV Chapter #90, Norwood, Massachusetts & as a credentialed research assistant with the VAs Million Veteran Program-Boston Healthcare System, West Roxbury, MA. I work one-day per week for my son's IT Company as an IT Tech. I was asked and accepted as a Victory for Veterans & WFL Board Advisor & participate in that role

I was assigned to the 551st Electronic Maintenance Squadron & Maintained Inertial Reference & Radar Navigation Systems, Search Radar, Instrument Landing Systems & more on RC-121D Early Warning Radar Aircraft assigned to the Air Defense Command along the Eastern Seaboard from the northern reaches of Canada to the Gulf of Mexico.

Wharton School of the University of Pennsylvania