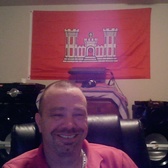 Even though my term of service to our military has ended, my commitment to my brother and sisters in arms will never end. I have started a project that's still in the construction phase called Charlie Mike Life. www.charliemike.life. Any ideas or constructive criticism would be highly appreciative. I want this to be a non-profit group for our Gold Star Families and Veterans~. 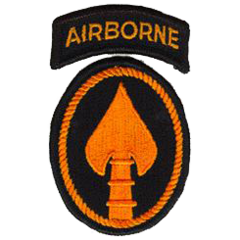 Combat Engineer
SOCOM | MacDill AFB, FL
I was attached to this command and while there I designed and implemented an emergency and fire drill plan of action for the entire command. This entailed training different compartments and departments through out the command, in fire prevention as well as familiarity with the fire suppression systems and fire extinguishers throughout the command. I was the first Fire Marshall for USSOCOM. I also helped with Airborne Operations as well as helped with training in Airborne Operations for the airborne qualified members of USSOCOM by wearing that Monkey Harness being strapped to the floor of the aircraft during drops in the drop zone. I was a "Leg" during this time and was honored to train with the best in the world!
Feb 1988 - Sep 1989
Combat Engineer
9th ENG Bat | Ashaffenburg,FRG
A member of Charlie Rock. The best Sappers in the world