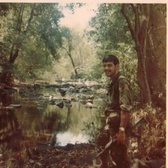 Apr 2009 - Jul 2010
Operations NCOIC
151 CBRNE | Kuwait
Operations SGM for Northern Kuwait and and Southern Iraq.
Jun 2006 - Sep 2007
Garrison Command Sergeant Major
Attached to 2nd and 3rd MAW | Al Asad, Iraq
OPCON to 2nd and 3rd MAW as the garrison CSM for all Army.
Feb 2003 - Apr 2004
CFLCC C4-C9
NCOIC for Task Force Gator, working with all the Coalition Forces during the RIP with the Marine Corp. Provided Convoy Security, Logistics, directed by CFLCC and the State Dept.
Jun 1970 - Dec 1970
Team Sergeant
E Co. 2/12 1st Cav Div. | III corp Viet Nam
Worked in 5 man LRP teams, had snipers attached, I acted as a spotter. We had four teams, with one in firebase acting as communications for the other teams. Highest rank we had on the teams was one E6. Missions included: stay behind ambushes, prisoner snatches, radio relay for foreign troops, anything crazy they could think up.
See 1 more