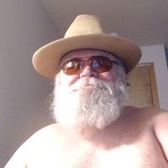 Infantry Squad Leader. I had orders to MACV but when I got in Country they said they needed me in the 23rd Americal. We were in Field near Da Nang. I finally petitioned the Sec of Army for redress of wrongs. Commanding General order my transfer to MACV,
Jul 1969 - Oct 1969
Kurchgoens Germany

Germany with HHC 36th Infantry on Fulda Gap and RTT/Crypto School in Frankfurt. volunteered for return to RVN MACV
Jan 1967 - May 1967