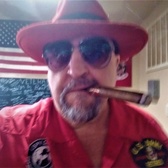 I am 100% blind that is why the glasses. Light hurts the one eye.The other is dark. My friends call me they call me Robin, Dr Robin, the Blindguy and Dr Blindguy. I own and run I SPY CIGARS CLUB in Glendale Arizona. I am divorced. I live in SUN CITY WEST , Arizona Holds the following, PhD in Accounting, MBA in Marketing, MS in Bio Chemistry, and several BA and BS degrees. 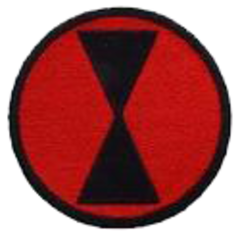 Senior Material Manager
7th ID, I Corps, FORSCOM | Fort Ord, CA
Team 2 Property Book Senior Manager lost one eye to injury and they said I could not shoot any more and they had an opening for a 76P. So I took it.
Feb 1976 - Mar 1977
Squad leader Scout Platoon
CSC 1st Bn 13th Armor 1st AD | Illesheim
Squad leader of scout platoon for 1st Armored DIV 1st Brigade MOS 11D3R6F7 ( now day that would be 19D )
Jan 1975 - Feb 1976
Redeye Squad leader
CSC 1st Bn 51st Inf. 1st Armored Div | Crailsheim, Germany
REDEYE missile and 11D scout position combined platoon Started as an 11B but got sent to a Scout platoon in a CSC company because of the REDEYE training.

Accounting for troops and redeployment back to the US

Military Credits Based on MOS