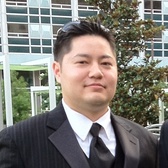 I am an Air Force Veteran with over 6 years of service including a deployment to Afghanistan supporting maintenance operations for a rescue unit. I am an experienced leader, orator, and have 6 plus years in Human Resources and leadership of large organizations. My primary objective is to obtain a Human Resources or consulting position where I can be a servant leader that makes a positive impact. Accepted to George Washington University's Human Resources Development Program with a projected graduation of May 2016. Serve as a Board Member and Governance Committee Chair of Opportunities, Alternatives, and Resources OAR Fairfax, VA. Serve as Executive Board Member and Graduate Coordinator for George Washington University Veterans. Lifetime member of VFW. 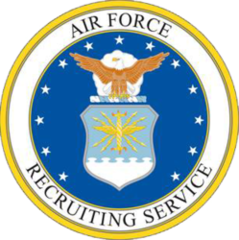 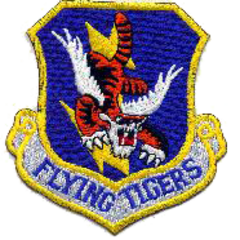 Executive Officer
23 MXG, 23 W, 9th AF, ACC | Moody AFB, GA
I was handpicked by the Maintenance Group Commander (a Senior Executive Vice President equivalent with 24 years of Air Force experience) to supervise executive management functions for the second largest maintenance organization in the Air Force with more than 2,400 employees across 3 states. My responsibilities included the Senior Executive's daily correspondence, schedule, protocol, interactions with senior staff, and public affair actions to include coordination with 7 different division leaders, base tours, and awards programs. I was awarded the Squadron Maintenance Professional of Year in the CGO Category. The 23 MXG was awarded The 23rd Maintenance Group was selected as #1 out of 144 other Department of Defense Maintenance Units for that given Fiscal Year, stratified #2/16 Lts
Jun 2008 - Jun 2009

Assistant Maintenance Officer in Charge
723 AMXS, 23 MXG, 23 W, 9th AF | Moody AFB, GA
I was 2nd in command of an aircraft maintenance unit responsible for 220 maintenance technicians to maintain 15 Rescue Helicopters valued at $225 Million. I was responsible for the accountability and serviceability of maintenance support equipment valued at $335 Million. I stepped in as the Officer in Charge for 1 year and my organization facilitated 6,642 flights in support of contingency rescue operations in Iraqi, Horn of Africa, Afghanistan, and here in the Continental United States. Our unit supported rescue operations for Hurricanes Gustav and Ike that resulted in 33 lives being saved. I was awarded the CGO of the quater for the 23rd MXG and the Squadrons Maintenance Professional of the Year in the CGO category.
Jun 2007 - Jun 2008

Assistant Aircraft Maintenance Officer in Charge
23 AMXS, 23 MXG, 23 W, 9th AF | Moody AFB, GA
I was the only officer in charge that stood up the 74th AMU from bed down of A-10s from BRAC (Base Relocation and Realignment) movement Pope AFB. Unit generated the first 156 sorties in first 2 months while maintaining 81% mission-capable rate and supervised 1st upgrade mods to A-10C models. Led multiple influx of personnel from Pope and initial organization from ground up of maintenance unit to start operations at Moody Air Force Base. Ranked #1 of 6 2d Lts and told "Set the standard for Lts briefing the group!" by the 23 MXG/CC.

I led 44 maintenance professionals at a Forward Operating Base called Camp Bastion in the Southern Helmand Region of Afghanistan. I was charged with all maintenance personnel, maintenance operations, and aircraft availability of 4 Air Force Rescue Helicopters valued at over $6 Million. Supported 1,900 plus combat missions with 587 lives saved.