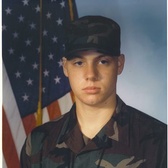 Proud to have served with the Manchus (C co 3/9) and have walked the Manchu mile twice. I'm an avid collector of Manchu buckles. Currently the vice-president of Calm Waters https://www.facebook.com/calmwatersorg . We are a non-profit organization based in Sekiu WA. Our goal is providing fishing trips for Wounded Warriors and for local low income Veterans. KEEP UP THE FIRE! Correctional Worker Academy (CORE), Emergency Response Team Academy 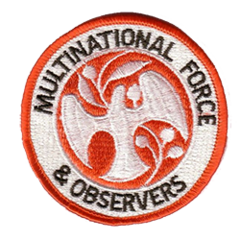 SAW Gunner
TF Sinai (MFO), 1st TSC, USARCENT (formerly Third Army) | South Camp
C co 3-9, 7th ID stationed at South Camp near Sharm el-Sheikh on the Sinai Peninsula. A six month tour. My squad was assigned to SCC6 where my primary duty was the generator operator. We would go in 3 week rotations. 3 weeks on the OP then 3 weeks at South Camp. Our time at South Camp was divided into 1 week of training, 1 week of base support, and 1 week of R&R.
Sep 1987 - Dec 1987
Basic Trainee
4th Plt, B Co, 4-30 IN | Fort Benning, GA
I signed on for 4 years as 11B Infantry. I was placed in a COHORT unit. Signing up for a COHORT unit is a 3 year commitment. Everyone goes through basic and AIT together then they all serve in the same unit at their regular duty station. I was plugged into the COHORT that would become 3/9 at Ft Ord, CA. Our Basic and AIT was held at the Harmony Church area in Ft Benning, GA. Harmony Church was made up of all WWII barracks and buildings. SSG Dicus, SFC Callaway, and SSG Lamar was my 4th Plt Drill Sergeants.

An operation to rebuild the Panamanian military and civilian infrastructure. Attended JOTC at Ft. Sherman during this time.
Dec 1989 - Jan 1990

3rd Plt C co 3/9 Inf, 7th ID Light, Panama City. We maintained a perimeter around the Gobernacion and Procuraduria De La Administracion buildings which were being utilized by Panamanian President Guillermo Endara as his office. We did patrols and cleared nearby buildings during the day. 3rd PLT was later sent to guard a nearby TV station.
Apr 1989 - Sep 1989
Multinational Force & Observers (MFO)

The Multinational Force and Observers is an international peacekeeping force overseeing the terms of the peace treaty between Egypt and Israel. The MFO generally operates in and around the Sinai peninsula. I served a six month tour with Task Force 3/9 INF at South Camp and SCC6.