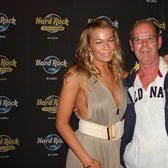 NSIPS Release and Risk manager. NSIPS is the Navy's Human Resource system that was developed by Lockheed Martin. I coordinate all the system software changes for the project through a 3 month maintenance cycle, making sure we deliver the Navy a good quality product. The effort is coordinated between many different departments that we have. Prior to that, I worked in Navy HR for 20 years as a PN1.

Apr 1996 - Dec 1999
Military Personnel Specialist
EPMAC | New Orleans, LA
Served as functional manager for Personal Computer Enlisted Distribution and Verification Report (PCEDVR), Requirements Analysis Division. I managed the successful testing, distribution and implementation of the PCEDVR software world-wide. Through continuous liaison with program developers, I resolved numerous software discrepancies. I updated the technical manual for validating accuracy of the EDVR, which is a registry of all enlisted personnel assigned to a command. EDVR contained important billet information.
Apr 1993 - Mar 1996
Personnel Officer
USS ARDENT (MCM 12) | Ingleside, TX
I was on Independent Duty, reporting directly to the Executive Officer. I oversaw the administration of all Human Resource functions aboard ship. I trained a non-designated striker in the PN rating and guided his career through promotion wickets until he ultimately achieved PN2 (E5) and received approval for NROTC Scholarship. I attended all Non-Judicial Punishment proceedings and advised the Commanding Officer as needed/necessary. Underway I stood Junior Officer of the Deck during minesweeping operations I was assigned radar operator in the Combat Information Center. Inport I was qualified Officer of the Deck.
Jan 1990 - Mar 1993 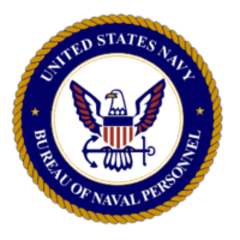 SDAP Coordinator
BUPERS, Shore Commands | Washington, DC
I administered the Special Duty Assignment Pay (SDAP) policy as directed by Chief of Naval Operations. I coordinated the annual review/verification of SDAP to ensure all Enlisted Sailors worldwide, who currently received SDAP, maintained eligibility. I provided written recommendations to the Board for Corrections of Naval Records (BCNR) for service members who requested special consideration for receiving retroactive payment of SDAP involving circumstances that were not within the guidelines of Navy policy.
Dec 1988 - Nov 1989
Personnel Officer
VAW-113 | MCAS Miramar
I directed the Human Resource activities of 2 Personnelman, training them on the proper procedures for maintaining all Enlisted Service Record, submitting Dependent Entry Approval Request for crew members transferring to overseas locations and preparing transfer/separation paperwork. I acted in an advisory capacity for the Officers and Chief Petty Officers who participated in administering Navy-wide promotion examinations. I maintained accountability of DD Form 214s as well as Discharge Certificates. I directed compartment sanitation inspections.
See 6 more

VAW 113 is a radar plane that flew ahead of the Aircraft Carrier, we provided extended radar coverage to the battle group.
Jul 1982 - Dec 1982
Mediterranean

Mediterranean/North Atlantic cruise. We provided protection/escort services for a battlegroup consisting of an Aircraft Carrier, an oiler and several small ships. We entered the Black Sea as a show of forces to the Russians who claimed the area as their territorial waters. We also conducted live missile/torpedo training exercises.
Jul 1980 - Dec 1980
Mediterranean

Mediterranean/Indian Ocean deployment on board ship. As an Amphibious ship, we transported U. S. Marines and conducted Amphibious landing on various beaches in Africa and Spain for training purposes.