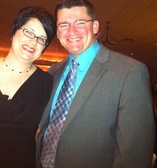 I am currently the Social Studies Supervisor for Lafayette Parish School System. I am currently raising 4 children along with my wife, Melanie. My career goals are to continue building my knowledge within my field and to become a vital member of the leadership community. I would also like to run for political office one day to push for more rights for veterans and our children.

I was attached to the Landing Support detachment aboard LSD-42 USS Germantown. During this deployment, myself and three other Marines were attached to the ACE during a joint operation with the Australian Army. We were responsible for receiving and depolying fuel bladders from the Belleau Wood in support of the ACE to refuel rotor aircraft.
Apr 1998 - Jun 1998
MSSG-31

During this deployment, we were in charge of the Marine Arm of flight operations aboard the LHA-3 USS Belleau Wood. Our main duty was creating manifests for outgoing Marine/Navy flights in support of Operation Cobra Gold in Thailand.