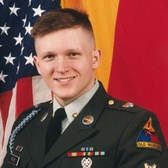 I have been an M-60 gunner, an M-203 gunner, a rifleman, and I was trained to set demolition charges to breach obstacles. I was also trained as an RTO and to setup a TAC-SAT and interconnect it to the MCS-TCP that was transported in the M-577 that I drove. I was trained to drive M-113, M-577, Bradley, and Duce 1/2. After I got out of the Army, I have spent years working for the Navy as a civilian. 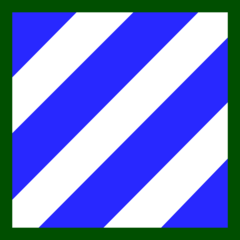 Squad Designated Marksman
C Co, 2-7 IN, 1st ABCT, 3rd ID | Fort Stewart, GA
We deployed to Kuwait twice during this time. Once for a training exercise and once (around Oct/Nov of 94) for what we thought was going to be a fight but they pulled back.
Feb 1993 - Feb 1994
Infantry Team Leader
B Co, 3-12 INF, 1st BDE, 1st AD | Baumholder, Germany
We received extensive training for a, "Separate Belligerents," mission that the command expected to be sent to support. Police "SWAT" type entry and detention instead of the style of total destruction I had practiced before. I was selected to go to the Promotion Board because they wanted me to be E-5, but they sent someone else at the last moment because they realized I was short to PCS. The other guy had not been studying and failed miserably. It was not fair to him because he was not expecting it and had not prepared.
Feb 1992 - Feb 1993
Command Group Driver
HHC Co, 3-12 INF, 1st BDE, 1st AD | Baumholder, Germany
I was the driver and primary RTO for the Battalion S-3s M-577 that was part of the TOC. This is where I learned to setup and operate mast and satellite antenna and the tactical computer systems of the day as well as interfacing the computer to the sat and RF equipment. These skills got me more than one job after the Army. Promoted to E-4.
Oct 1991 - Feb 1992
Private
C Co, 4-30 INF | Fort Benning, GA
Basic Training Promoted to E-3.

For about a month of the time I was there, I drove a truck between Camp Doha and the location where my unit was dug-in at the Iraq border to fetch the mail to the guys on the line. I did what I was told to do and at that moment I was a mail carrier. Me and one SSG Barefoot and a soft sided civilian truck. Don't get mad, it didn't have A/C.