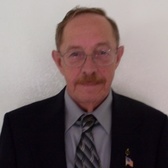 I started out in the Field Artillery and later re-trained to the Chemical Corps. I was an instructor at the Chemical School and from that instructorship, I wound up re-training two battalions in common soldier skills to include officers and senior enlisted in the engineers and the artillery. The FA Battalion I was with, I held 3 jobs before I took over the ammo section.

Jun 1985 - Aug 1988
NBC Operations
B BTRY, 1-17 FA | Fort Sill, OK
Assigned initially to HHB, but went to B Btry. I was the unit NBC NCO, but doubled in as the Battalion NBC Operations NCO. I was also the Main/Senior trainer for the battalion for common soldier/NBC training. Before retiring, I took over the Battery Ammo Section, because the battery lost their ammo sergeant due to PCS.
Jan 1969 - Jan 1970
Gunner
B Battery 3-13 FA | Vietnam
I, among others provided fire support to the Diamonds and other defensive targets. H&I fires to disrupt supply lines along the Ho Chi Mien Trail. Provided LZ prep to clear the area for the infantry. Days were long and the nights were short. Most of all fires were done at night.