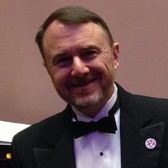 Experienced, results oriented individual with a strong management background in project execution with the engineering design, commercial construction, and government contracting industries. But then again, A pilot is only as good as his next landing...

Jan 1990 - Oct 1991
Platoon Leader
C Co. 3-1 AV,1st Armored Division | Ansbach, Germany
Lead a Scout Helicopter Platoon in an Attack Helicopter Company. My Platoon included 5 aircraft, 5 pilots (including me), a Platoon Sgt, 2 Jr. NCO's, and 4 Mechanics. Also several CUCV's and a 2.5 ton truck. We flew all over Germany supporting the Attack Helicopters and providing general support to the Division (1AD). We deployed to Desert Storm, fought the Medinah and Tawakalna Republican Guards in Iraq and Kuwait. Most importantly, we brought everyone and everything home without a scratch.
Oct 1988 - Jan 1990
AV LNO
1st Brigade, 1st Armored Division | Bamberg, Germany
Supported 3rd Bde, 1AD as AVN LNO. As a 2LT I had no idea what I was doing, I really didn't have much to offer the 3rd Bde Commander or his Bn Commanders. In the Spring of 1989, I deployed to REFORGER '89 (TOC-EX) with 3rd Bde where we moved from one set of port a-potties to the next, and wrote checks to German farmers for all the breaks in their fences that they said we caused. I also did several deployments to various other exercises including Grafenwoehr and Hohenfels. It was on one of those TOC-EX's that the Platoon Leader of one of the Attack Bn's Scout Platoons made one mistake too many and I got a Platoon. I learned a lot, and I feel like I proved that sending a new 2LT over to a maneuver Bde to be their AVN LNO doesn't really support that maneuver Bde Cdr.
Jun 1982 - Jul 1984 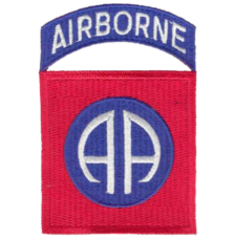 Forward Observer
C Co, 1-508 PIR, 3rd BCT, 82nd ABN | Fort Bragg, NC
FIST for Charlie 1-508th. Deployed to Grenada for several months as well as spending many nights (and a few days) humping a ruck sack around Ft. Bragg and 7 or 8 other places that had spanish maps. I also spent many days and nights on any one of the many OP's at Ft Bragg supporting various Airborne and Leg Arty and Mortar units that were stationed or visiting the Home of the Airborne. I made 22 jumps in division, all but one were night, mass attack, C-141. My final jump in Division was a hollywood, tailgate C-130 jump with an SF unit. I got to do the Naval Gunfire and the Amphibious Warfare Schools at Little Creek, VA. I applied for and received an ROTC Scholarship while I was assigned to Ft. Bragg. Being FIST at Ft Bragg set me up well for being an combined arms officer.

Platoon Leader for an AeroScout Platoon in an Apache Helicopter Battalion.
Oct 1983 - Dec 1983