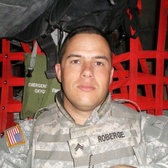 I'm a conservative family man that loves my children. I am currently a Reservist/Stay at Home Dad who would like to get back into the RR field, possibly management using the Transportation Skills I learned as an 88N as well as my academic knowledge(I studied military history quite a bit). Other goals are to run for my hometown's selectman as I would like to get into politics and fix things and I see selectman as a stepping stone.

Jan 2005 - Apr 2006
Individual Mobilization Augmentation (IMA)
94th Regional Readiness Command | Devens, MA
Assigned to G-1 in a 42A Slot spearheading the "Welcome Home Warrior" award program for citizen soldiers for all of New England tracking and issuing award sets to units. Processed awards. Funeral Details. DEERS and RAPIDS Reporting Official enrolling family members and dependents into the system, as well as issuing ID Cards.
Mar 2003 - Jan 2005
Movements Specialist
719th Tranportation Battalion (Movement Control) | Boston, MA
Jan 2001 - Mar 2003
Movement Specialist
880 TC DET | Boston, MA
Memember of the 880th TC Det a Movement Control Team whose mission was primanily "Cargo Documentation" which was stood down and I was transferredt o Battalion. While a member of the the 880, I went to Egypt for Bright Star on Sept/Oct 2001 where I tracked convoys as well as reprogramed RF-ID Tags to help provide in transit visibility.
Jan 2001 - Mar 2001
AIT Student
E Co 71st Trans Battalion | Joint Base Langley-Eustis (JBLE), VA
Attended 88N School. Missed one week of the course due to being sick still got #2 out of class graduating in "GPA." (it would have been a tie but I missed by ONE question)
See 3 more

Annual Training #2 for me in the Reserve as a young PFC, we used very early RFID tags and used them to trac convoys as well as reprograming them for customers for when it was time for thier stuff to come back to the USA. Very wierd time because of 9-11. Operation Enduring Freedom was launched when I was there.