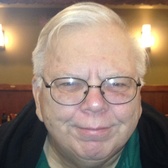 Lots of things, lots of places... As I get the time and urge to do so I will be editing and adding here, but since I am sure the "whole world" is anxiously awaiting to hear my life story I will give this section all the attention it deserves! (wink) I don't like the way this thing has "drop-down" menus but not ALL possibles are listed... Where is 29W and 32Z in the MOS lists? Others too!?!?!

Apr 1986 - Dec 1989
Project Manager (VA & IL)/Program Manager (FEMA)
USAISEC-CONUS (OPS Division) | Fort Ritchie, MD
Responsible for managing all Information Systems projects at bases in Virginia and Illinois. Responsible for all Information Systems projects in support of the Federal Emergency Management Agency (FEMA). Special duties included OPS Platoon Sergeant and Senior Range NCO. Upon my retirement I received a special recognition plaque from FEMA. I was also among the few of those in the NCO ranks to receive a Meritorious Service Medal (MSM) and a "special" item... a lithograph picture of the "Ft. Ritchie Ducks" (not too many people get one of those, either) when I retired.
Apr 1985 - Apr 1986
TMDE Coordinator
HQ, 5th Signal Command, DCSLOG | Worms, Germany
Oversaw TMDE Maintenance for the entire 5th Signal Command. Coordinated the command's participation in the 517th Maintenance Bn. (TMDE)'s TIPS program/contest which 5th Signal Command won over all other major commands in Europe. Whereupon on my departure I received a special recognition Certificate of Achievement from the 517th Maint. Bn. Commander and from 5h Sig. Cmd. an Army Commendation Medal (ARCOM).
Mar 1983 - Apr 1985
Site Chief
509th Signal Bn., 54th Signal Co., Ceggia | Vicenza, Italy
Site Commander of Site Ceggia MW and HF. This is one of those irony assignments in my career. I took over a site that had failed several inspections, the previous site chief was relieved and also had a drug problem. Eventually I, myself, was relieved for "incompetence". However, here is the true irony of it all. For my ONE complete year as Chief (1984), my site (Site Ceggia) was - and we learned this after I had been relieved - selected as runner-up for Defense Communications System STATION OF THE YEAR! And they thought I was "incompetent"... I just did things in a way THEY were incapable of comprehending! And as it turned out, the ones who relieved me were themselves later relieved! Gotta love it... the way justice sometimes is served!
Nov 1979 - Mar 1983
NCOIC, HF Section, Station WAR and RECIM
East Coast Telecommunications Center (ECTC) | Fort Detrick, MD
NCOIC of Military Affiliate Radio System (MARS) Army Flagship station WAR & the US State Department's HF Radio Network RECIM (A Spanish language network to almost all Central and South American countries).