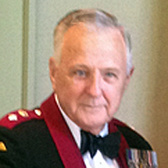 May 1964 - Mar 1981
Regimental Medical Officers Assistant
5th Bn. Queens Regt. Infantry | Bn HQ Leros Brks, Canterbury UK
On enlistment, 1964-1968 I was already qualified with an Orthopædic Nursing Certificate, I deployed through the UK Military Hospitals, Catterick, Aldershot, and Colchester. However, my primary function was to train as a Field Combat Medic, parallel to the Operating Theatre. (US - Operating Room). Desiring to train for the qualification of State Registered Nurse (SRN) I transfered to the Reserve, and 1969 saw me once again, a Student Nurse, graduating in 1971, as an SRN. Two years post-grad, I went on to complete my MSN. At this time the Royal Army had three levels of Reserve, in ascending order of priority these were, Territorial Army Volunteer Reserve TAVR III, TAVR II, and TAVR I. I committed to TAVR I. Our commitment required, two eevenings a week, alternate weekends, and a two week Annual Camp. Being Royal Army Medical Corps (RAMC) Attached 5 Queens Bn (V) (5QV) Now Commissioned serving in the role of Regimental Medical Officers Assistant (RMOA), in addition to the 5QV Annual Camp, I was obliged to further complete an Annual Camp with the RAMC. This in order to keep up with training and administration. In TAVR I, one was required to maintain a level of physical fitness, sufficient for one to deploy in a period of two weeks. Posting out of 5QV, i spent time 305 Fld Gen Hospital, and 209 Fld Gen Hosp before being posted back to 5QV, where I remained until USA Immigration, 04/26/1983. The RMOA role is to assist the MO in clinical duties and Sick Parades, in both Brks. and in the Field. Commanding and training the Regimental Medical Assistant Team, and latterly, two RAMC Med Asst's, ensuring their training, in both Medical and Infantry skills. Perhaps, this is why, I was that rare commodity, of being an officer who can read a map. (Joke). Combat Field Medic, in today's Army, a Combat Field Technician, my role far exceeded that of field 1st Aid. My skills, sadly, came to be used on several occasions. In addition to my RAMC duties, I was also, the Operating Theatre Superintendant, (US - Director) of the Isle of Thanet District Hospital in which I was employed. Security Clearance: Top secret as it pertained to all areas, under which my Corps had command. Top Secret within the Bn., to whom attached, as it pertained to my RMOA As a US Citizen my National Security responsibilities are those of any citizen as it applies to fellow citizens, family, community and nation.

Joint Board of Clinical Nursing Studies

NY State Board of Nursing

NY State Board of Nursing