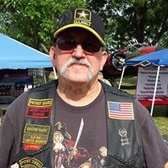 Public Affairs Officer, 203rd MPAD. My team of three NCO's and myself served as the Public Affairs Office for the 18th Military Police Brigade. Worked with national and international media outlets to tell the Army story in Bosnia.
Dec 1990 - Apr 1991