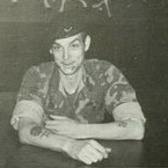 Kirkland AFB, NM, Osan AB Korea twice, Castle AFB CA., Malmstrom AFB Mt. 8 years 10 months 26 days. Honorable discharge . A street level cop, to a Chief of Police; total time in law enforcement + military spanned 38 years, 1 day in the profession. Certified as a civilian police instructor in officer survival tactics to prosecution of cases & high risk stops- drug identification, Rookies would actually learn something from me, but I didn't teach you hate or ignorance, that you learn on your own, and of course shitting on criminals and making them felons always a win.

Your art team M-151 cat chasing masters of A and B diamonds.

Active Shooterbeing fair and treating all with respect... well...almost everyone... except die hard liberals & communists who believe that socialism is the cats meow...those fu*&ers i enjoy pi&&^$g off because i can...lol..being right the first time

Shooting (Sport)shooting shit rather than shooting humans coins stamps history treasure hunting avoiding i told you so situationsteaching people and when you see the interest level spike and your holding the entire rooms attentionwatching the eyes light up on a rookie when...they finally get it