SGT (Join to see)
1.71K
35
7
17
17
0
On September 14, 1812, the Great Fire of Moscow began as Napoleon approached the city and the retreating Russians burned it. The fire continued to burn for five days. An excerpt from the article:

"Accordingly, on Sept. 14, 1812, the first French troops entered Moscow unchallenged and found no one with the authority to surrender the city. Twothirds of the civilian population and all but a few stragglers among the Russian troops had already left. Count Fyodor Rostopchin, the governor of Moscow, had ordered the burning of stores of food and clothing. The city’s firefighting equipment had been removed or destroyed. More than two-thirds of Moscow’s buildings were built of wood, and as the last Russian troops left the city, teams of incendiaries set fire to it. Three-quarters of the city’s 9,000-plus private houses turned to ashes. More than a third of the city’s churches were wholly destroyed, as were more than 8,000 retail shops. As the fire reached its height, Napoléon took refuge in a castle a few miles outside the walls. Even there he could feel the heat from the fire. The city was his, what was left of it. He had won. What it was he had won, however, was by no means clear." 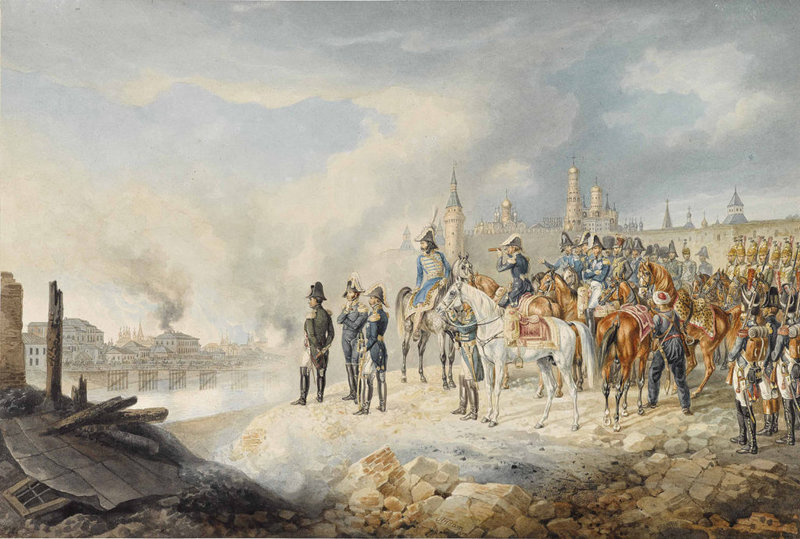 Posted from historynet.com
Posted in these groups:

LTC John Shaw
4 mo
They used the destroy and burn during the revolution and WWII this caused millions to starve but the government stayed in power.
(1)
Reply
(0)