A survey of more than 1,000 adults in the U.S., Canada and the United Kingdom found that roughly 40 percent believed more than half the 2.8 million veterans who have served since 2001 have a mental health condition.

The actual figure lies somewhere between 10 percent and 20 percent, or 280,000 to just more than a half million, according to a Rand Corp. estimate.

A similar percentage say concerns for future employment also kept them from getting medical treatment and therapy for these conditions.

The veterans' acknowledgment of the legitimacy of these injuries, juxtaposed with their reluctance to get care is a "clear indication that challenges and stigmas regarding veterans mental health persist,” said Military Service Initiative director retired Army Col. Miguel Howe following a forum in Washington on July 7 on veterans' transition.

"The unfortunate result is that less than half veterans who experience these invisible wounds of war are seeking care.” Howe said.
The Bush Institute commissioned the survey to better understand public perceptions of today’s veterans. Howe said the organization wanted the information to improve programs for veterans and families.

He added that the survey results mirror the findings of research conducted in 2011 by the Pew Research Center, which found about half of 1 percent of the U.S. population has served on active duty and fewer Americans knew anyone serving in the U.S. military.

"The civilian military divide is still there. … The needle has not moved, even though there have been tremendous efforts in this country in the past five years. But the work hasn’t been enough and it really is going to take public, private and nonprofit partnerships to build a national system of high-quality care and services [for veterans],” Howe said.
Nearly 3 million active and reserve service members have left the military for civilian life since 2001, with another million expected to transition in the next five years. Transitions not only include changes in employment, they often mean change of housing, income, communities, lifestyle and health care, and also affect family members.

The Bush Institute teamed with the Edelman marketing firm and Give An Hour, a nonprofit established to provide free mental health counseling to troops, veterans and family members, to hold the Washington event focused on fostering successful transitions for military personnel.

“This is about what we need to do to change and address perceptions because they are getting in the way of the veterans getting the mental health care they need and relationships with the veterans we employ,” said Barbara Van Dahlen, founder of Give An Hour.
Results of a concurrent survey conducted by Edelman underscore the disconnect between the civilian population and those who serve.

And only 34 percent of veterans felt they were assets to their community.

"The stereotyping of veterans as heroes may create emotional distance between veterans and civilians, making it difficult for community members to connect with veterans and see them as potential colleagues," the Edelman report noted.

According to the Bush survey, more than two-thirds of the public said they do not understand the problems faced by the military, and post-9/11 veterans agreed, with eight of 10 saying the American people don’t understand them.

Brian Duffy, incoming national commander of the Veterans of Foreign Wars, said civilian communities and veterans must take steps to ensure that former troops successfully transition to their post-service lives.

“There is a bridge that needs to be crossed, both on the civilian side and the military side,” Duffy said.
Patricia Kime covers military and veterans health care and medicine for Military Times. She can be reached at [login to see] . 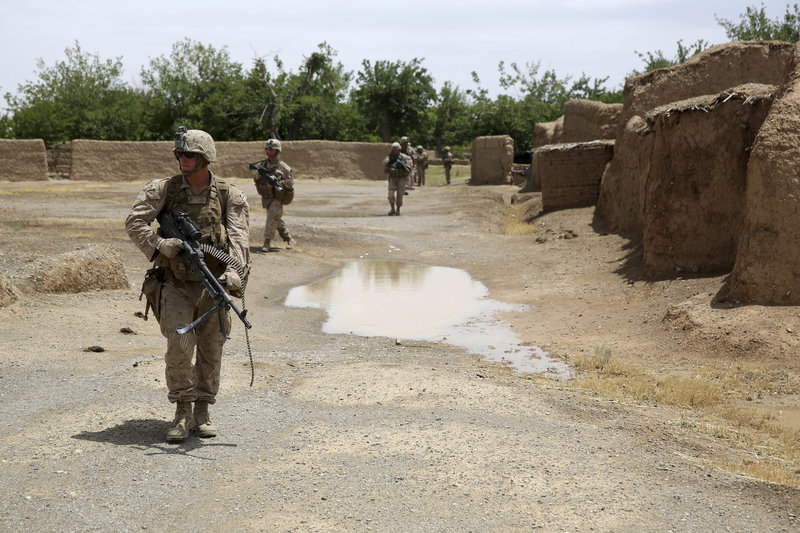 SGT Bryon Sergent
Edited >1 y ago
Posted >1 y ago
Well hell yeah we have mental problems! How many sane people you know run towards gun fire to secure the line or to defend the buddy next to him! Or to even drag his ass out after being wounded! There has to be some crazy to do what we do!
(2)
Comment
(0)

SGT David A. 'Cowboy' Groth
Posted >1 y ago
Still say half of the civilian population has mental problems.
(2)
Comment
(0)

Cpl Jeff N.
Posted >1 y ago
There is also no shortage of military folks that push the PTSD propaganda not stop. We act as though the only possible outcome from traumatic stress is a disorder and not personal growth. You do not have to be damaged by your experiences, you can grow from them. We have people that never served in combat with PTSD these days. Veterans need to be careful about how hard they push and embrace the PTSD propaganda. Veterans start to look like dysfunctional, troubled people that cannot be trusted to operate normally.
(2)
Comment
(0)
Show More Comments
Read This Next
RallyPoint Home