"As national politics polarized around Jackson and his opposition, two parties grew out of the old Republican Party–the Democratic Republicans, or Democrats, adhering to Jackson; and the National Republicans, or Whigs, opposing him.

Henry Clay, Daniel Webster, and other Whig leaders proclaimed themselves defenders of popular liberties against the usurpation of Jackson. Hostile cartoonists portrayed him as King Andrew I.

Behind their accusations lay the fact that Jackson, unlike previous Presidents, did not defer to Congress in policy-making but used his power of the veto and his party leadership to assume command.

The greatest party battle centered around the Second Bank of the United States, a private corporation but virtually a Government-sponsored monopoly. When Jackson appeared hostile toward it, the Bank threw its power against him.

Clay and Webster, who had acted as attorneys for the Bank, led the fight for its recharter in Congress. “The bank,” Jackson told Martin Van Buren, “is trying to kill me, but I will kill it!” Jackson, in vetoing the recharter bill, charged the Bank with undue economic privilege.

His views won approval from the American electorate; in 1832 he polled more than 56 percent of the popular vote and almost five times as many electoral votes as Clay.

Jackson met head-on the challenge of John C. Calhoun, leader of forces trying to rid themselves of a high protective tariff.

In January of 1832, while the President was dining with friends at the White House, someone whispered to him that the Senate had rejected the nomination of Martin Van Buren as Minister to England. Jackson jumped to his feet and exclaimed, “By the Eternal! I’ll smash them!” So he did. His favorite, Van Buren, became Vice President, and succeeded to the Presidency when “Old Hickory” retired to the Hermitage, where he died in June 1845." 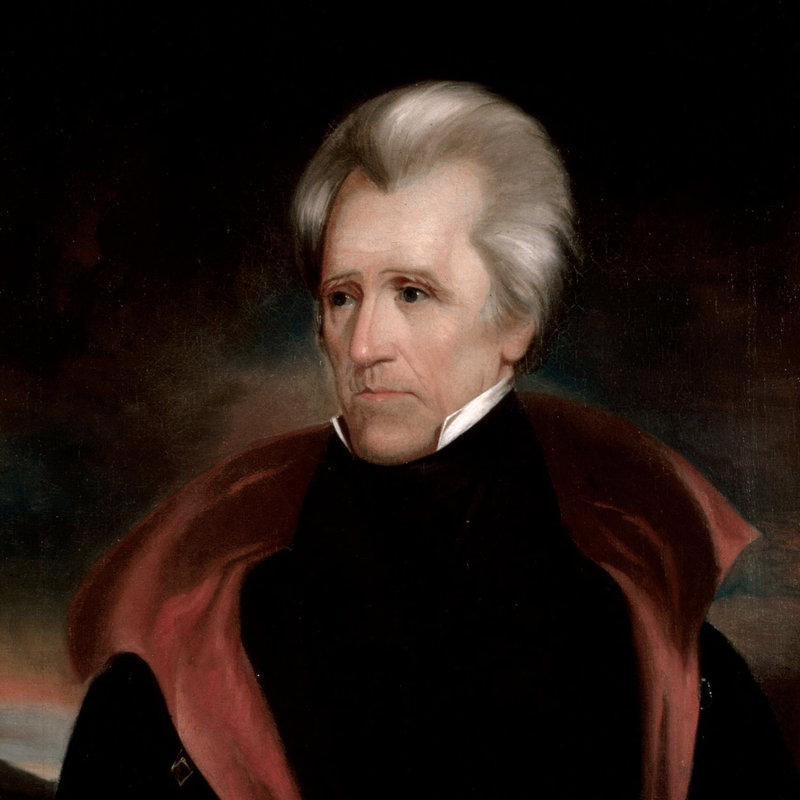 Posted from whitehouse.gov
Posted in these groups: