"Anne Frank
Anne Frank (1929-1945), a young Jewish girl, her sister, and her parents moved to the Netherlands from Germany after Adolf Hitler and the Nazis came to power there in 1933 and made life increasingly difficult for Jews. In 1942, Frank and her family went into hiding in a secret apartment behind her father’s business in German-occupied Amsterdam. The Franks were discovered in 1944 and sent to concentration camps; only Anne’s father survived. Anne Frank’s diary of her family’s time in hiding, first published in 1947, has been translated into almost 70 languages and is one of the most widely read accounts of the Holocaust.

Who Was Anne Frank?
Anne Frank was born Annelies Marie Frank in Frankfurt, Germany, on June 12, 1929, to Edith Hollander Frank (1900-45) and Otto Frank (1889-1980), a prosperous businessman. Less than four years later, in January 1933, Adolf Hitler became chancellor of Germany and he and his Nazi government instituted a series of measures aimed at persecuting Germany’s Jewish citizens.

In May 1940, the Germans, who had entered World War II in September of the previous year, invaded the Netherlands and quickly made life increasingly restrictive and dangerous for Jewish people there. Between the summer of 1942 and September 1944, the Nazis and their Dutch collaborators deported more than 100,000 Jews in Holland to extermination camps during the Holocaust.

Anne Frank’s Family Goes into Hiding
Margot Frank received a letter ordering her to report to a work camp in Germany in July 1942. Anne Frank’s family went into hiding in an attic apartment behind Otto Frank’s business, located at Prinsengracht 263 in Amsterdam, on July 6, 1942. In an effort to avoid detection, the family left a false trail suggesting they’d fled to Switzerland.

Anne Frank's Death
On August 4, 1944, after 25 months in hiding, Anne Frank and the seven others in the Secret Annex were discovered by the Gestapo, the German secret state police, who had learned about the hiding place from an anonymous tipster (who has never been definitively identified).

After their arrest, the Franks, Van Pels and Fritz Pfeffer were sent by the Gestapo to Westerbork, a holding camp in the northern Netherlands. From there, in September 1944, the group was transported by freight train to the Auschwitz-Birkenau extermination and concentration camp complex in German-occupied Poland. Anne and Margot Frank were spared immediate death in the Auschwitz gas chambers and instead were sent to Bergen-Belsen, a concentration camp in northern Germany. In February 1945, the Frank sisters died of typhus at Bergen-Belsen; their bodies were thrown into a mass grave. Several weeks later, on April 15, 1945, British forces liberated the camp.

After his daughter’s writings were returned to him, Otto Frank helped compile them into a manuscript that was published in the Netherlands in 1947 under the title “Het Acheterhuis” (“Rear Annex”). Although U.S. publishers initially rejected the work as too depressing and dull, it was eventually published in America in 1952 as “The Diary of a Young Girl.” The book, which went on to sell tens of millions of copies worldwide, has been labeled a testament to the indestructible nature of the human spirit. It is required reading at schools around the globe and has been adapted for the stage and screen. The annex where she wrote it, known as the “Anne Frank House,” has a museum dedicated to her life and is open to the public.

Anne Frank Quotes
“How wonderful it is that nobody need wait a single moment before starting to improve the world.”

“I know what I want, I have a goal, an opinion, I have a religion and love. Let me be myself and then I am satisfied. I know that I’m a woman, a woman with inward strength and plenty of courage.”

“Everyone has inside of him a piece of good news. The good news is that you don’t know how great you can be! How much you can love! What you can accomplish! And what your potential is!”

“What is done cannot be undone, but one can prevent it happening again.”

“I don’t think of all the misery but of the beauty that still remains.”" 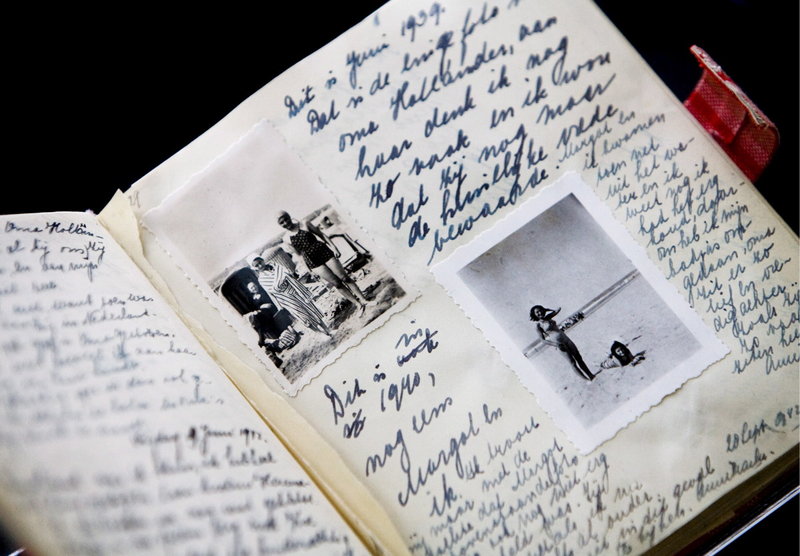 Lt Col Charlie Brown
Posted 10 mo ago
Read her diary the first time while in JHS. Made an incredible impact on me. She tried to stay positive for so long.
(5)
Comment
(0)