"RP with the utmost RESPECT, RIP, to another Veteran gone way too soon! Prayers be with his family and friends for his service to the Nation"

Officials are investigating the death of a soldier from Fort Bragg, North Carolina, the Army announced Saturday.

A native of Moultrie, Georgia, Bennett entered active duty in June 2000 as a field artillery meteorological crewmember. He had been assigned as a first sergeant in the 18th Field Artillery Brigade since June 2015. Bennett had deployed multiple times in support of the Global War on Terrorism, officials said.

"First Sgt. Bennett was an outstanding leader who had a remarkably positive influence on his soldiers," said Col. John Rafferty, commander of the 18th Field Artillery Brigade, in a statement. "First Sgt. Bennett's service to our Army and nation has been nothing short of exceptional."

"His leadership ability was emulated by soldiers of all ranks and career fields," Rafferty said. "The 18th Field Artillery Brigade will never forget 1st Sgt. Lafonte Bennett. We send our sincerest condolences to the family, fellow soldiers and friends of 1st Sgt. Bennett in this time of mourning."

Bennett was a veteran of the wars in Iraq and Afghanistan. His awards and decorations include the Bronze Star Medal, the Meritorious Service Medal, the Army Commendation Medal, the Airborne Badge, the Air Assault Badge, and the Pathfinder Badge. 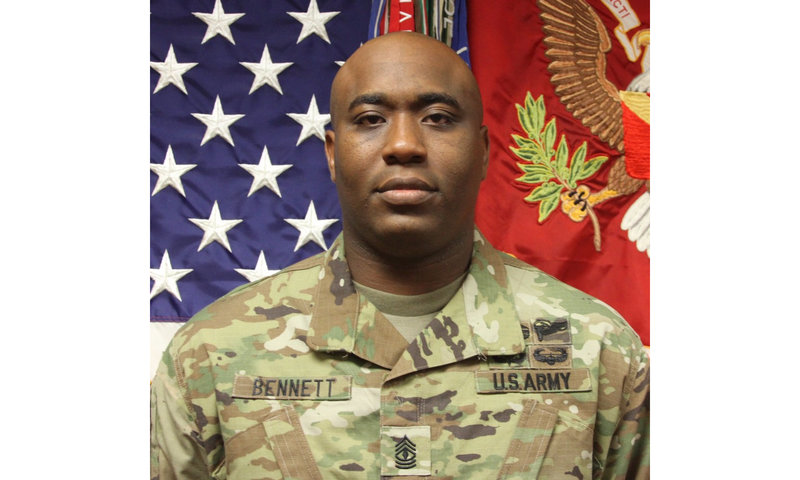 MSgt (Join to see)
Posted 5 y ago
So sad. Prayers for his family.
(4)
Comment
(0)
Show More Comments
Read This Next
RallyPoint Home