Army needs to bring drill sergeants back to AIT 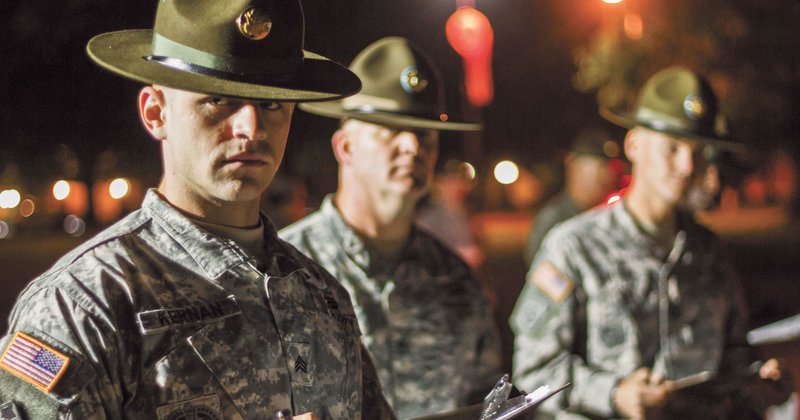 Army needs to bring drill sergeants back to AIT

SFC (Join to see)
Posted >1 y ago
Part of the problem is with the Drill Sergeants in Basic. Their hands have been tied so they are arriving here in AIT without the discipline they should have. TRADOC needs to stop making us coddle these young warriors and let us train them
(25)
Comment
(0)

SGT (Join to see)
>1 y
SSG, I completely agree. I am working with AIT students and many of them (not all of them) have that entitled attitude and it drives me crazy. I hate to say it, if I had the authority a lot of them would be chaptered out for failure to adapt.
(1)
Reply
(0)

SGT John " Mac " McConnell
Posted >1 y ago
They should of never been taken out in the first place.... Thanks for sharing SSG Derrick L. Lewis MBA, C-HRM
(17)
Comment
(0)

SSG (Join to see)
>1 y
I was in one of the last couple of classes that had Drill Sergeants in AIT (Fort Eustis, VA Sept. 2007) and all of my DS' said that taking DS' out of AIT would be a huge mistake. They have been proven correct.
(3)
Reply
(0)

PFC Pamala (Hall) Foster
>1 y
Being politically correct is killing our soldiers. Can't discipline-it will harm their mental state: POW camps will do worse than that-say KILL YOU. Soldier points a weapon at you-DS needs to KO you to teach you NEVER do that screw up again. POW camps don't give a crap if you are stressed, tired, hungry or homesick...Basic needs to teach you to be human, but ALSO be a Defender of our nation and those we are protecting. My A I T at Fort Bliss for PATRIOTS (0408) was one of the last to have DS and I wanted-WE ALL WANTED them back to teach a few how to be a soldier and the Blue Falcons to be REAL soldiers and not I D 10 Tangos. My DS taught me that heart is important and NEVER GIVE UP and I am grateful for DS's Mason, Bannis,Culpepper and Marrero and SSG's Hanna,Soler,Sprague and Zapacca for teaching me that and now I can't see well, it has pushed me to adapt and find ways to help others. They teach and mentor and A I T and Basic needs it.
(0)
Reply
(0)

SFC (Join to see)
Posted >1 y ago
SSG Derrick L. Lewis MBA, C-HRM great question, however, I think the larger question is did standards and discipline change because we took Drill Sergeants out of AIT? or did it change because we were involved in two wars and the graduation requirements were no longer enforced in BCT and AIT? As a medic, all the Drill Sergeants did at Sam was do PT with us, March the class to breakfast, class, lunch, class, back to the CTA, pass out mail, and then do checks. If something was wrong it was corrected, however they operated a bit differently than Drill Sergeants in BCT. I think the issues started when Recruiting standards were lowered to bring in bodies coupled with the pass or fail "push em through and let the unit deal with it" operation. I also think issues became larger as well when Drill Sergeants were no longer able to enforce standards and discipline in a constructive manner at BCT.
(15)
Comment
(0)
show previous comments

SPC (Join to see)
>1 y
SFC (Join to see) - I don't see why that would be exactly a bad thing though. I know what you mean because I've seen this happen in AIT and I can absolutely tell you it was not professional. But with times changing I don't see why this would be a bad thing. I actually have some of my instructors & NCO's from AIT on my friend's list. Very happy I was one of the people that they actually thought of as a professional and extended their hand to help me succeed and provide me a POC to reach out if I ever had any questions or concerns. I currently still reach out to them for things like troubleshooting equipment, family issues, finance, education, etc. As I'm told these are the best of the best, so why not be able to use these people as an extension to the leadership I have around me? I guess it's a little different when you're a older guy with a head on your shoulders also! I agree with you totally on the training thing though SSG. I felt like at least 5 people should've been booted from BCT from my platoon alone.
(2)
Reply
(0)

SFC (Join to see)
>1 y
SPC (Join to see) - You make valid points on the professional help they may give you later in the future, but that's what your first line is for. Give them the opportunity to help you. However if they can't feel free to extend your concerns to someone that could help, but experience is the best teacher, so give your first line, and yourself the opportunity to learn on the job.
(1)
Reply
(0)

SSG (Join to see)
>1 y
It is not so much the QUANTITY of time the Drill Sergeants might spend with the new Soldiers, but the QUALITY of the time. I had Drills in AIT, and even though they weren't around us as much as in Basic, the thought of your DS coming to the schoolhouse to straighten you out was motivation enough to keep you between your left and right limits. The "Round Brown" was an intimidation tool in of itself.

When I was recently at ALC, our instructor told us that the Privates have all the power now, and before anyone can instruct, they have to take a 2 week "Communicating With Millenials" course. Hurt a new Soldier's feelings and you will be explaining yourself to the Brigade Commander. We were also told to stay away from the AIT students, and not even do on the spot corrections unless they were blatantly being foolish. It's like Bizarro World....
(1)
Reply
(0)
Show More Comments
Read This Next
RallyPoint Home