The Battle of Ia Drang was the first major battle between the United States Army and the People's Army of Vietnam (PAVN), also referred to as the North Vietnamese Army (NVA), and was part of the Pleiku Campaign conducted early in the Vietnam War. It comprised two main engagements, centered on two previously scouted helicopter landing zones (LZs), known as LZ X-Ray and LZ Albany. The first involved the 1st Battalion, 7th Cavalry Regiment and supporting units under the command of Lieutenant Colonel Hal Moore, and took place November 14–16, 1965 at LZ X-Ray, located at the eastern foot of the Chu Pong massif in the central highlands of Vietnam. The second engagement involved the 2nd Battalion, 7th Cavalry Regiment plus supporting units under the command of Lieutenant Colonel Robert McDade, and took place on November 17 at LZ Albany, farther north in the Ia Drang Valley. It is notable for being the first large scale helicopter air assault and also the first use of Boeing B-52 Stratofortress strategic bombers in a tactical support role. Surrounded and under heavy fire from a numerically superior force, the American forces at LZ X-ray were able to hold off and drive back the North Vietnamese forces over three days of battle, largely through the support of both air power and heavy artillery bombardment, which the North Vietnamese lacked. LZ X-ray was considered an American tactical victory, as the Americans were able to exact an almost 10:1 kill ratio. At LZ Albany, the American forces were ambushed in close quarters. They were unable to use air and artillery support due to the close engagement of the North Vietnamese, the American forces were badly defeated, suffering an over-50% casualty rate before being extricated from the battle. Both sides, therefore, were able to claim victory in the battle.

The size of the clearing at LZ X-Ray meant that troops had to be shuttled in, the first lift landing at 10:48. The last troops of the battalion were landed at 15:20, by which time the troops on the ground were already heavily engaged, with one platoon cut off. Faced with heavy casualties and unexpected opposition, 1st Battalion was reinforced by B Company 2nd Battalion 7th Cavalry. Fighting continued the following day when the LZ was further reinforced by A Company 2/7 and also by 2nd Battalion 5th Cavalry, and the lost platoon was rescued. The last Vietnamese assaults on the position were repulsed on the morning of the 16th. As the Vietnamese forces melted away, the remainder of 2/7 and A Company of 1st Battalion 5th Cavalry arrived. By mid-afternoon 1/7 and B Company 2/7 had been airlifted to LZ Falcon, and on the 17th of November 2/5 marched out towards LZ Columbus while the remaining 2/7 and 1/5 companies marched towards LZ Albany. The latter force became strung out and, in the early afternoon, were badly mauled in an ambush before they could be reinforced and extricated.

The battle at LZ X-Ray was documented in the CBS special report Battle of Ia Drang Valley by Morley Safer and the critically acclaimed book We Were Soldiers Once... And Young by Harold G. Moore and Joseph L. Galloway. In 1994, Moore, Galloway and men who fought on both the American and North Vietnamese sides, traveled back to the remote jungle clearings where the battle took place. At the time the U.S. did not have diplomatic relations with Vietnam. The risky trip which took a year to arrange was part of an award-winning ABC News documentary, They Were Young and Brave produced by Terence Wrong. In 2002, Randall Wallace depicted the battle at LZ X-Ray in the 2002 movie We Were Soldiers starring Mel Gibson and Barry Pepper as Moore and Galloway, respectively. Galloway later described Ia Drang as "the battle that convinced Ho Chi Minh he could win". 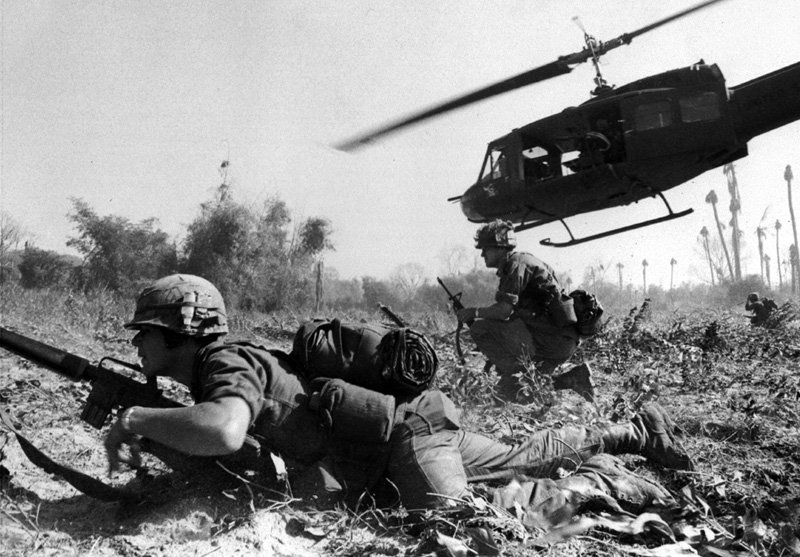 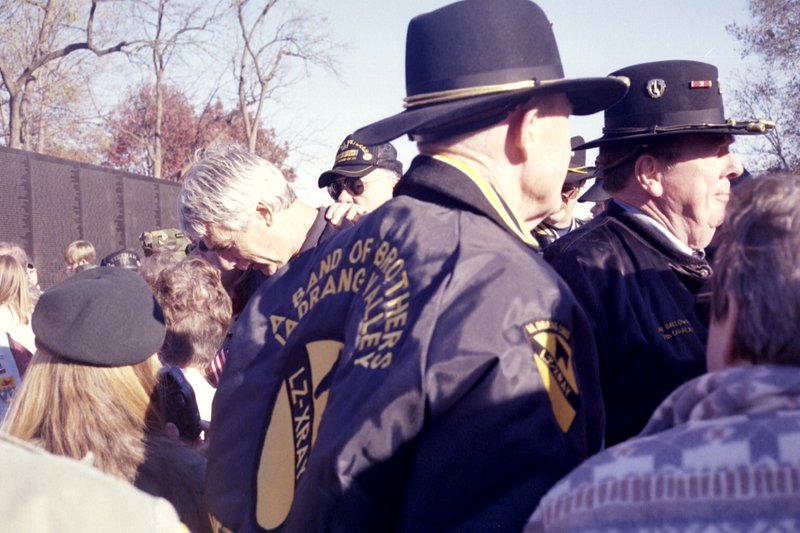 " Randall Wallace depicted the battle at LZ X-Ray in the 2002 movie We Were Soldiers starring Mel Gibson and Barry Pepper as Moore and Galloway, respectively. "

Cpl Bernard Bates
Posted 3 y ago
I was in the 205th ordnance Plt. (Ammo) at AnKhe when the Battle took Place. We didn't know how bad the battle was but it seemed like the 7th cav. couldn't haul Ammo out fast enough. Helicopters trucks constantly hauling out Ammo for several days. My Co. was a 1st. Lt. then. 40 some yrs later he came to visit . we were both retired. He related a story to me about a 2nd Lt. from 7th Cav. came to our Ammo Supply Point and said to our CO. I need Ammo, Our CO. said what kinds of ammo do you need. The 2nd Lt. with tears in his eyes said I don't Know. Pete our Co said what type of weapons do you have? the 2nd Lt. told him and they got loaded up with ammo for the weapons they had. I know they were hauling 1,500 rounds of 105mm a day. This was the first time a lot of the 7th cav. troops had ever been in battle. some were draftees. After that battle The north Vietnamese and the United States both figured they could win the war.The rest is history. At that time we were the only ammo Personell In Vietnam. Semper Fi.
(2)
Comment
(0)

SGT (Join to see)
3 y
Cpl Bernard Bates Thanks for that additional information. They had a rough time for sure. Those three MOH I posted earlier today were all awarded the medal on today's date.
(0)
Reply
(0)

COL John McClellan
Posted 3 y ago
A seminal study in all that is good... and horrible, in war...
(2)
Comment
(0)
Show More Comments
Read This Next
RallyPoint Home