Biden was marking the Martin Luther King, Jr. holiday with a trip from his home in Delaware to Philadelphia to perform community service -- a gesture symbolizing his call for Americans to come together after four divisive years.

"Service is a fitting way to start to heal, unite, and rebuild this country we love," Biden said in a video marking the occasion. 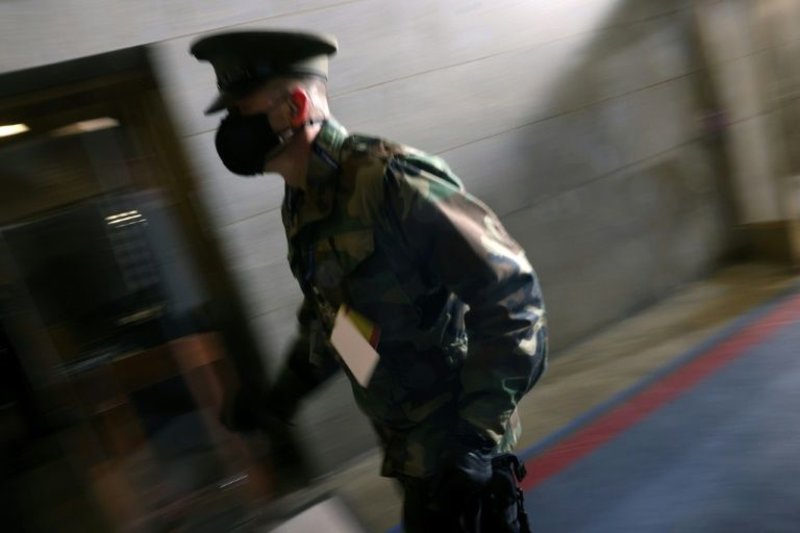 Posted from sg.news.yahoo.com
Posted in these groups:

A1C Mike Allen
Posted >1 y ago
I don't know how Biden thinks can have unity.
Look at what he is doing.

Washington DC is a police state that is practically under martial law.
Energy costs and pricing is going to skyrocket.
He is seeking retribution against political enemies.
He sees no problems with censorship.

I could go on, but the point is that people would have to agree to that platform in order to be united. I just don't see that occurring.
(12)
Comment
(0)
show previous comments

SGT Edward Wilcox
>1 y
SPC Joshua Dawson - You are completely wrong on this entire comment. Apparently you don't understand basic economics, or you are so brain washed you think the US is completely unique. Let me tell you, it is not.
(0)
Reply
(0)

Maj John Bell
>1 y
SGT Edward Wilcox - Solar and wind power are not viable alternatives to fossil fuels. They lack the ability to consistently produce regardless of the weather and the battery storage to carry them over the periods of shortfall would come at an enormous financial costs and enormous ecological costs.

Maj John Bell
>1 y
SGT Edward Wilcox - Sorry, but it is true. Germany doesn't need battery storage because they use every single KW produced by solar.

We've all seen the incredible claim that Germany generated 40% of its energy from solar power. Dig deeper, that is ONE day's output and one days need. The day the record was set was near the summer solstice [15+ hours of daylight], with near 0% cloud cover, on a holiday weekend with minimal industrial demand.

The ANNUAL average for Germany is only about 6.5 hours of useful daylight, with very few days of 0% cloud cover. Even with solar panels that track the sun for optimal power generation, solar production minus the electrical cost of optimal sun tracking, total solar power in Germany is about 8% of their annual demand. Wind power generates about another 9%. Nuclear power generates another 11.5% of annual demand. Hydro-electric produces another 3.5%. A full 68% of Germany's electrical power is still coming from coal powered electrical plants, and ALL of their reserve capacity is in coal power generation.

Take away 68% of their production capability. They will need batteries, or they can revert to a pre-industrial revolution lifestyle. And that would look really ugly and involve a lot of blood.
(1)
Reply
(0)

MCPO Roger Collins
Posted >1 y ago
Hypocrisy to the max. When he takes action to stop the pogrom against Trump supporters, I’ll believe the lying basement dweller.
(8)
Comment
(0)

SFC (Join to see)
>1 y
Rodger That. He flip flops on everything so much no one can believe anything he says.
(3)
Reply
(0)

SPC Joshua Dawson
>1 y
SFC (Join to see) - Yet we are supposed to believe that there are enough people actually dumb enough to support someone that has done nothing but lie about literally everything he has ever even talked about for the past almost FIFTY YEARS that he would "win" the presidency?
(5)
Reply
(0)
Show More Comments
Read This Next
RallyPoint Home