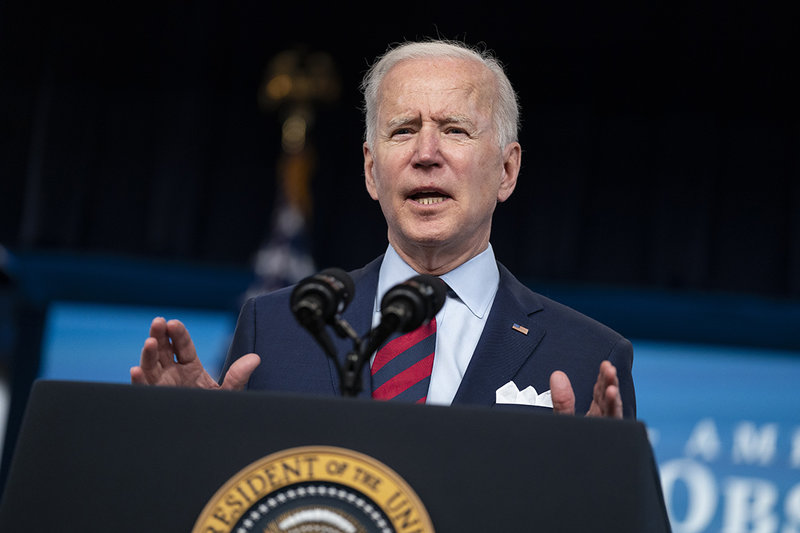 Office of the President (POTUS)
Posted 2 y ago
Responses: 5

CPT Jack Durish
Posted 2 y ago
An increase in tax rates of the magnitude President Biden is suggesting would decrease tax revenues (historically proven). Nor could he borrow the money (who would be foolish enough to lend that much with no expectation of repayment). Thus, there is but one result. The government will simply have to print more money. The money in our pockets, savings and checking accounts, and investments will thus be devalued. Prepare yourself for inflation even greater than during the Carter Administration.
(7)
Comment
(0)
show previous comments

CPT Jack Durish
2 y
Capt Chris McVeigh - Always with the "But Trump..." So what if the corporate tax rate won't rise above what it was before President Trump lowered it. My original post stands. Increasing the tax rate will lower tax revenues, and the ultimate effect of the infrastructure spending (really mostly pork) will devalue the currency now in circulation
(0)
Reply
(0)

CPT Jack Durish
2 y
SGT (Join to see) - Yes, Capt Chris McVeigh is correct, but his response is meaningless. (Refer to my response to him)
(1)
Reply
(0)

Capt Chris McVeigh
2 y
I'm not sure how you saw that as a "but Trump". I was referencing the last large scale revision of the tax code which is directly relevant to the discussion. Also, saying raising taxes would lower revenue is factually wrong. How much revenue is generated from a 0% tax? Nothing. Therefore, some level of raising taxes is good.

There have been arguments made that raising taxes to high does decrease revenue but we are currently in a very low tax era (again why I brought up the recent changes).

Also just a note on the borrowing...our debt is already trillions more than this so he could in fact borrow it (though personally I'm in favor of bringing spending more in line with revenue instead). The federal government hasn't had a surplus since 2001 so we've literally been borrowing since then. Globally, there is a huge level of confidence that the US will repay all debts. We have never defaulted.
(1)
Reply
(0)

SFC (Join to see)
Posted 2 y ago
I believed budgets are supposed to be balanced. This is the most important job they have, and they screw it up every year! God Bless us,
(3)
Comment
(0)
show previous comments

SFC (Join to see)
2 y
SGT (Join to see) - Unfortunately Congress would not work with him, they were too busy trying to impeach him.
(1)
Reply
(0)

SGT (Join to see)
2 y
SFC (Join to see) - He had a Republican Congress his first 2 years. Also, you can't balance a budget after you cut Corporate taxes from 35% to 21%.
By Mitchell Schnurman
..."President Donald Trump’s tax cuts slashed corporate rates from 35% to 21%"...
Thanks for the :respectful" discussion... have a great rest of your day!
(1)
Reply
(0)

SFC (Join to see)
2 y
SGT (Join to see) - The bottom line is we still don't know how the tax cuts worked out, it will be a couple more years before the needed data is in. My gut feeling with how white hot the economy was before the Wuhan Virus hit is that it did work. With Biden changing policies it will make it even more difficult to determine. There is much more to say about this but I won't bore you.

Critics of President Donald Trump’s tax plan to significantly reduce business and personal taxes warned that the cuts would send the deficit skyrocketing by dramatically shrinking federal revenues. Proponents argued that the tax cuts would spur economic growth that would more than pay for the loss of revenue. The Tax Cuts and Jobs Act (TCJA)—reflecting President Trump's plan—was ultimately signed into law on Dec. 22, 2017. It went into effect on Jan. 1, 2018. Since then, the debt-to-gross domestic product (GDP) ratio decreased slightly before resuming its upward trajectory by the end of 2019.1﻿﻿


While the fourth quarter of 2020 saw a 4% increase in the U.S. economy, according to the Bureau of Economic Analysis, the overall year's GDP actually contracted by 3.5%.2﻿﻿﻿ However, the impact of the COVID-19 pandemic may make it difficult to determine what role the TCJA played in the GDP decrease.


Here are some impacts of the TCJA to consider.

However, while the TCJA significantly increased the standard deduction, it also eliminated the personal exemption that filers could take for themselves, their spouses, and each of their dependents.7﻿﻿﻿ Personal exemptions are unavailable from 2018 through 2025. In 2025, many aspects of the TCJA are scheduled to expire unless Congress acts to renew the law.﻿

Those estimates appear to be playing out as expected. In 2020, the Tax Foundation reviewed income tax data from the 2019 fiscal year and found that the average American paid about 2% fewer taxes than they did before the TCJA.9﻿ The average tax wedge was 29.8% in 2019, compared to 31.8% in 2017.

The Tax Policy Center believes that in the short term, at least, the TCJA will stimulate the economy.12 However, the long-term stimulating effects—especially compared to deficit issues—are less certain. The GDP's rate of growth increased in 2018 (from 2.3% to 3%), but the rate of growth slowed in 2019 (down to 2.2%), and in 2020 the GDP didn't grow at all—it shrank by 3.5%.13

The Bottom Line
While analysts generally agree that the TCJA reduced income tax burdens for most Americans as expected, the more nuanced questions—whether it would pay for itself and stimulate the economy—still haven't been answered. At this point, complete tax and economic data are only available for two post-TCJA years. As more tax and economic data become available, it will be easier to make more conclusive statements about what the impact of the TCJA has been.

The COVID-19 pandemic has only further complicated these considerations. Not only did the recovery spending throw an unexpected wrench into the TCJA's deficit projections, but many businesses were forced to close or operate at a reduced capacity to help slow the spread of the virus. Had those businesses operated as usual, and had the government not been forced to increase deficit spending, 2020's GDP data could have played out much differently.
https://www.thebalance.com/how-proposed-trump-tax-cuts-affect-economy-4120649

How Has Trump's Tax Plan Affected the US Economy?

The Tax Policy Center indicates that the TCJA will stimulate the U.S. economy in the short term, but it might not have much effect in the long term.

SGT David Schrader
Posted 2 y ago
Biden does not deserve the title as President or Commander in Chief.
I’m kind of sorry to feel this way, but he is anti-American and pro China.
(3)
Comment
(1)