Lt Col Charlie Brown
390
17
2
14
14
0
Several of the Pentagon’s biggest missile defense and long-range strike programs will fall under Kathleen Hicks’ portfolio if she’s confirmed as the Pentagon’s No. 2 civilian official.

Defense Secretary Lloyd Austin has recused himself from dealing with issues involving Raytheon due to his work with the company after retiring from the Army, and Hicks told the Senate Armed Services Committee she would oversee development of the Ground Based Strategic Deterrent, Long Range Stand Off weapon, “and other timely missile defense issues.”

Those put Hicks at the center of some of the Pentagon’s largest, most expensive, and controversial modernization efforts as the Biden administration grapples with the massive nuclear modernization of the country’s nuclear triad and building a new generation of missiles.

“I am worried about the state of the readiness of the nuclear triad,” Hicks told the SASC this morning, “and, if confirmed, that is an area I would want to get my team in place and start to look at right away.”


If she is confirmed — which appears almost certain given the bipartisan praise she received today — Hicks will become the most senior woman ever to serve in a Senate confirmed position at the Pentagon. During the Obama administration, Christine Fox served as acting deputy for several months, before Bob Work was confirmed. Hicks told senators her nomination is a chance to put “another crack in the glass ceiling,” at DoD.

Hicks said today she is “committed to a modernized qualitatively effective deterrent,” and that “my view is that the triad has served us very well. It has created stability and it has value,” but she also made the point several times that she’s in no position to override any larger policy decisions made by President Biden, should that happen.

Modernizing the triad will mean pumping hundreds of billions into replacing the country’s aging ICBMs and launch facility locations, an effort that has for years struggled to get off the ground.

The replacement of the missiles should cost about $264 billion over its life cycle, all the way out to the 2070s. After controversy and multiple starts and stops, Northrop Grumman received a $13.3 billion contract in September to begin development of the GBSD, with a relatively tight timeline.

The new missiles will start replacing the 1970s-era LGM-30G Minuteman III ICBMs in 2029, according to current plans. Northrop ended up being the sole bidder after Boeing dropped out in July 2019, saying it couldn’t compete after Northrop bought solid rocket motor manufacturer Orbital ATK.

While that deal is done, Hicks appeared to flag possible concerns that might affect another one — the pending purchase of Aerojet Rocketdyne by Lockheed Martin. She said separately that she’s concerned about consolidation in the defense industrial base, which puts real competition at risk.

Amid much talk about the effects COVID-19 relief might have on defense spending, Hicks was resolute. “We should be driven by strategy, and we have the ability to afford the defense we need,” Hicks said, adding that goal can be accomplished whether the budget grows, stays flat, or declines slightly.

The new administration has started off behind the budget ball, since the Trump team did not share their version of the 2022 budget with the Biden transition team until late in January, which will “cause some delay in the timeline in which we can give budget information back to Congress.”

That may not cause too much turmoil if former Defense Secretary Bob Gates assessment of Hicks is correct. Gates introduced Hicks to the committee and praised her “deep knowledge” of the Pentagon’s “bureaucratic black arts.” 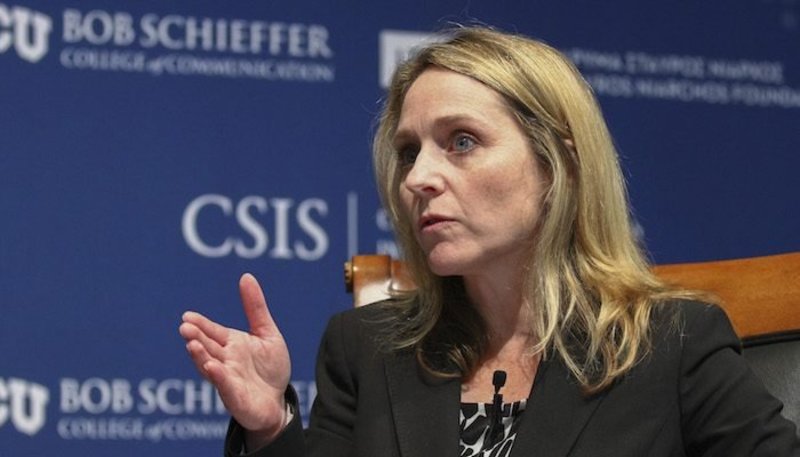 Lt Col John (Jack) Christensen
Posted >1 y ago
A good share and choice for the job IMO.
(1)
Comment
(0)
Read This Next
RallyPoint Home