LTC Eugene Chu
690
32
8
9
9
0
"A federal judge on Tuesday dismissed a lawsuit filed by Roy Moore against comedian Sacha Baron Cohen, who ridiculed the former Alabama Chief Justice on his 2018 Showtime series “Who Is America?”

U.S. District Judge John Cronan of the Southern District of New York granted summary judgment in favor of the comedian and dismissed Moore’s suit with prejudice so it cannot be refiled, according to AL.com." 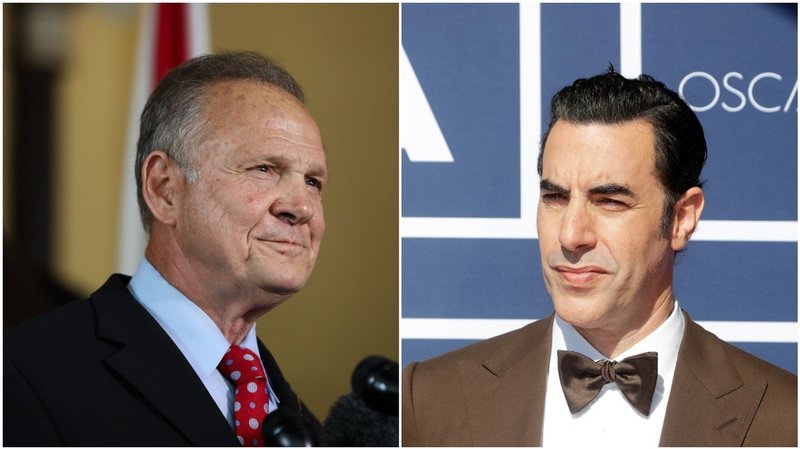 Posted from huffpost.com
Posted in these groups:

"Moore, who lost a 2017 special election to Democrat Doug Jones after being accused of sexually assaulting multiple teenage girls as a young man, said Baron Cohen mocked him during the TV segment using a “device supposedly invented by the Israeli Army to detect pedophiles.”
(3)
Comment
(0)

SGT (Join to see)
6 mo
CPL Douglas Chrysler - in response to your comment... 45 hoped that all the Judges he appointed would be his "Judges"... like Barr was His A.G. Didn't quite work out that way... they went by the law & the facts of the case. 80+ election related lawsuits... lost all but one. (Wanted a Poll Watcher closer to the check in desk... was granted 6 feet distance.)
(4)
Reply
(0)

CPL Douglas Chrysler
6 mo
SGT (Join to see) I see, but what I'm thinking about are all the people out there who deliberately break civil laws and if their victims don't have time to deal with them; they get away with it. If more laws came under the criminal codes it would be better.
(1)
Reply
(0)

SGT (Join to see)
6 mo
CPL Douglas Chrysler - Not an Atty... can't comment on civil verses criminal law. They are different for a reason I guess.
(2)
Reply
(0)
Read This Next
RallyPoint Home