SFC Joe S. Davis Jr., MSM, DSL
5.76K
7
8
4
4
0
Six soldiers and two civilians were indicted Wednesday on charges they conspired to steal and sell Army equipment, from printer ink to machine gun parts and the sight for a grenade launcher, on eBay.

U.S. Attorney for the Middle District of Tennessee David Rivera is expected to formally announce the charges at a news conference at the federal courthouse in Nashville Thursday afternoon.
According to the indictment, the eight charged "sold certain U.S. Army equipment that is never offered for sale by the U.S. Department of Defense as surplus" in 2013.


The men sold "firearm components, advanced communications headsets and laser or optical sights.” The equipment was classified by the Defense Department as "DEMIL D," meaning that it must be destroyed by the military and cannot be sold elsewhere.


The indictment lists the following equipment that was stolen and sold by the defendants between 2013 and 2016:


A sight for an M203 grenade launcher


The value of the equipment stolen and sold by the group totaled more than $1 million, according to the indictment. The equipment was stored in warehouses and storage units around Clarksville, and was listed for sale online by Cory Wilson and John Roberts, civilians who live in Clarksville, the indictment says.


In May 2013, Roberts exchanged messages with someone listed in his phone as an E5, a sergeant, to arrange buying helmets and tactical vests, the indictment reads.


“Where i just got that sh-- was craaaaazy risky,” the sergeant texted.


“I can only imagine,” Roberts replied, according to the indictment. “I wondered about that. I imagine its (sic) pretty locked up.”


Even eBay caught on, the indictment says, and went after the sellers for wrongly listing items for sale and trying to sell components of assault weapons.


The items were then sold on eBay to buyers located in the U.S., Russia, China, Hong Kong, Kazakhstan, Ukraine, Lithuania, Moldova, Malaysia, Romania and Mexico, the indictment reads.


Roberts, of Clarksville, was charged with conspiracy, two counts of violating the Arms Export Control Act and 10 counts of wire fraud. 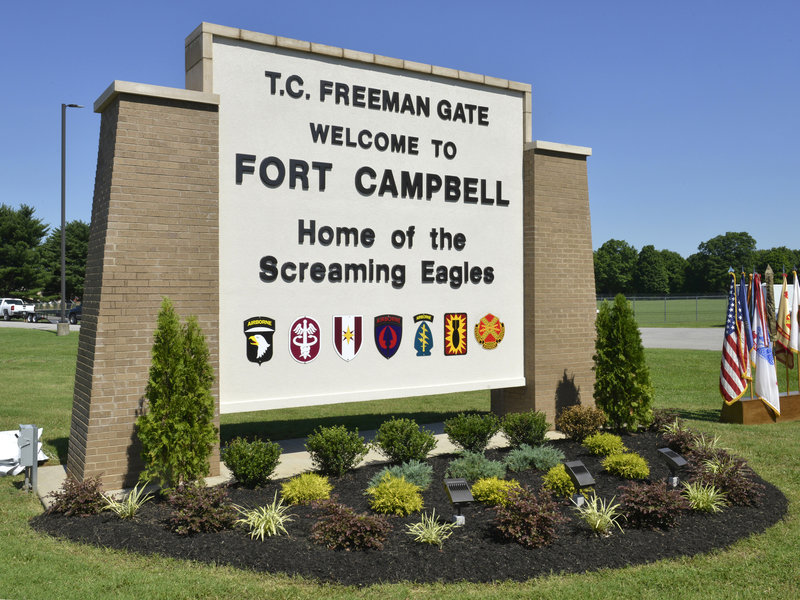 They were among 8 involved in plan to steal weapons parts, helmets, other gear to sell online

LTC Stephen F.
Edited 6 y ago
Posted 6 y ago
It is unconscionable that soldiers would conspire to steal and sell military supplies and equipment SFC Joe S. Davis Jr., MSM, DSL. I am thankful that hopefully soon to be former Fort Campbell soldiers "Michael Barlow, Jonathan Wolford, Kyle Heade, Alexander Hollibaugh, Dustin Nelson and Aaron Warner and civilians John Roberts and Cory Wilson, both of Clarksville" have been charged. I hope that justice will be swift and sure in this instance.
An old friend of mines was shot and killed there in 1992 as a 1SG by a disgruntled NCO who shot and killed three infantrymen after a training exercise.
I left Fort Campbell as a PV2 in 1975 and am saddened that Fort Campbell soldiers would conspire to sell military equipment.
(1)
Comment
(0)

SSG William Bowen
Posted 6 y ago
Ha! Some thing never change. There are always some soldiers looking for a business opportunity.
(1)
Comment
(0)
Show More Comments
Read This Next
RallyPoint Home