SGT (Join to see)
1.57K
51
11
23
23
0
On August 2, 1964, North Vietnam fired on a the destroyer U.S.S. Maddox in the Gulf of Tonkin. The incident which would eventually escalate US involvement in the Vietnam War. An excerpt from the article:

"The Gulf of Tonkin Resolution authorized President Lyndon Johnson to “take all necessary measures to repel any armed attack against the forces of the United States and to prevent further aggression” by the communist government of North Vietnam. It was passed on August 7, 1964, by the U.S. Congress after an alleged attack on two U.S. naval destroyers stationed off the coast of Vietnam. The Gulf of Tonkin Resolution effectively launched America’s full-scale involvement in the Vietnam War.

By 1964, Vietnam was embroiled in a decades-long civil war, and the Gulf of Tonkin Resolution was the beginning of the United States’ formal involvement in the Vietnam War, with the stated goal of stopping the spread of communism in the region. It passed unanimously in the U.S. House of Representatives, and with only two opposing votes in the U.S. Senate.

The two destroyers were stationed in the Gulf Tonkin, a body of water now often referred to as the East Vietnam Sea, in waters that separate Vietnam from the Chinese island of Hainan. They were there as part of an effort to support South Vietnamese military raids on what was then the North Vietnamese coast.

According to the U.S. Navy, both Maddox and Turner Joy reported being fired upon by North Vietnamese patrol boats, but later doubts surrounding the veracity of the second attack, on Turner Joy, emerged.

Congress passed the Gulf of Tonkin Resolution at the insistence of President Lyndon B. Johnson, with the understanding that the president would seek their approval before launching a full-scale war in Vietnam with U.S. military personnel.

However, that ultimately proved not to be the case." 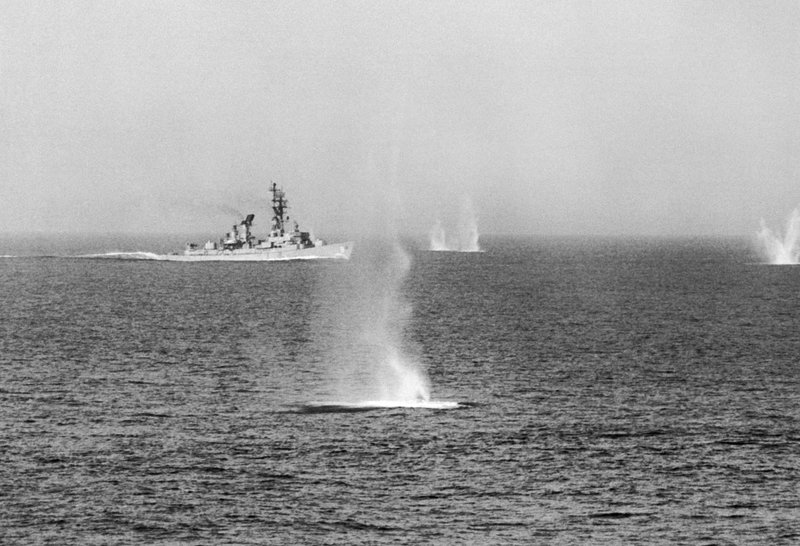 PVT Mark Zehner
Posted 1 y ago
Thank you for the information!
(7)
Comment
(0)

Lt Col John (Jack) Christensen
Posted 1 y ago
Questionable validity but we were looking for any excuse in those days.
(5)
Comment
(0)

SPC Terry Page
Posted 1 y ago
...and so it began... Thank you SGT (Join to see)
(5)
Comment
(0)
Show More Comments
Read This Next
RallyPoint Home