Early Years
Henry Wadsworth Longfellow was born February 27, 1807, in Portland, Maine, to an established New England family. His father, a prominent lawyer, expected his son would follow in his profession. Young Henry attended Portland Academy, a private school and then Bowdoin College, in Maine. Among his fellow students was the writer, Nathaniel Hawthorne. Longfellow was an excellent student, showing proficiency in foreign languages. Upon graduation, in 1825, he was offered a position to teach modern languages at Bowdoin, but on the condition that he first travel to Europe, at his own expense, to research the languages. There he developed a lifelong love of the Old World civilizations.

Upon returning from Europe, Longfellow married Mary Storer Potter, also from a distinguished family. Because the study of foreign languages was so new in America, Longfellow had to write his own textbooks. In addition to teaching, he published his first book Outre-Mer: A Pilgrimage beyond the Sea, a collection of travel essays on his European experience. His work earned him a professorship at Harvard University in Cambridge, Massachusetts.

From Tragedy to Happiness
Before he began at Harvard, Longfellow and his wife traveled to northern Europe. While in Germany, Mary died followng a miscarriage, in 1836. Devastated, Longfellow returned to the United States seeking solace. He turned to his writing, channeling his personal experiences into his work. He soon published the romance novel Hyperion, where he unabashedly told of his unrequited love for Frances Appleton, whom he had met in Europe soon after his first wife died. After seven years, they married in 1843, and would go on to have six children.

Prolific Writer
Over the next 15 years, Longfellow would produce some of his best work such as Voices of the Night, a collection of poems including Hymn to the Night and A Psalm of Life, which gained him immediate popularity. Other publications followed such as Ballads and Other Poems, containing “The Wreck of the Hesperus” and the “Village Blacksmith.” During this time, Longfellow also taught full time at Harvard and directed the Modern Languages Department. Due to budget cuts, he covered many of the teaching positions himself.

Longfellow’s popularity seemed to grow, as did his collection of works. He wrote about a multitude of subjects: slavery in Poems on Slavery, literature of Europe in an anthology The Poets and Poetry of Europe, and American Indians in The Song of Hiawatha. One of the early practitioners of self-marketing, Longfellow expanded his audience becoming one of the best-selling authors in the world.

Later Years
In the last 20 years of his life, Longfellow continued to enjoy fame with honors bestowed on him in Europe and America. Among the admirers of his work were Queen Victoria, Alfred, Lord Tennyson, Prime Minister William Gladstone, Walt Whitman and Oscar Wilde.

Longfellow also experienced more sorrow in his personal life. In 1861, a house fire killed his wife, Fanny, and that same year, the country was plunged into the Civil War. His young son, Charley, ran off to fight without his approval. After wife’s death, he immersed himself in the translation of Dante’s The Divine Comedy, a monumental effort, published in 1867.

In March, 1882, Longfellow had developed severe stomach pains caused by acute peritonitis. With the aid of opium and his friends and family who were with him, he endured the pain for several days before succumbing on March 24, 1882. At the time of his death, he was one of the most successful writers in America, with an estate worth an estimated $356,000." 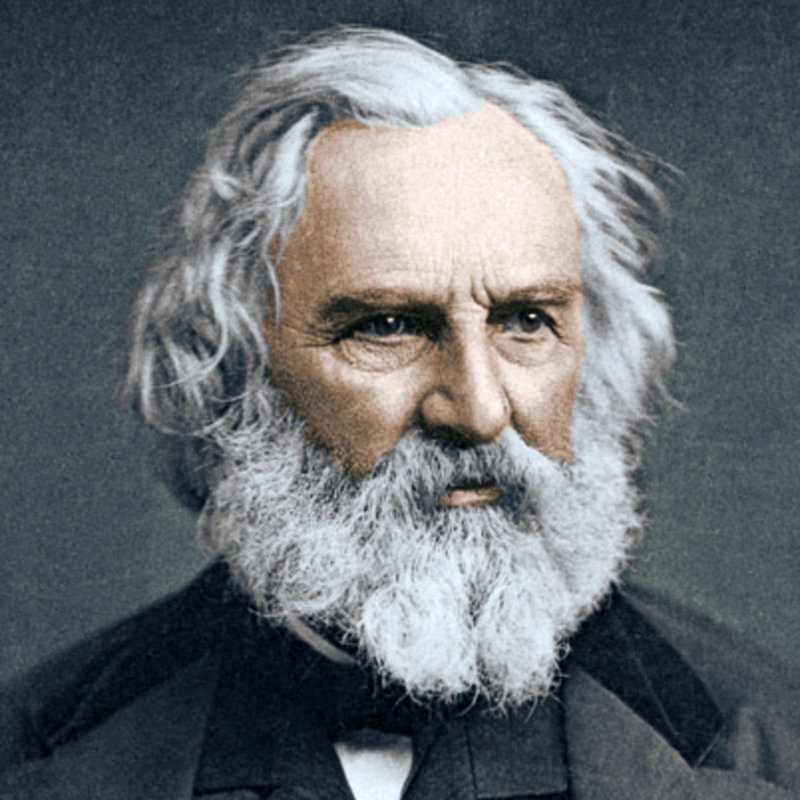 SFC George Smith
Posted 2 y ago
Thanks For The History reminder and American Literature Lesson... Thanks For The Share
(2)
Comment
(0)