How the United States Ended Up With Guam

"How the United States Ended Up With Guam
The tiny western Pacific island of Guam has been a U.S. territory for over a century, and is considered a strategically important link between the U.S. and Asia. Yet given its significance, the story of how an island 6,000 miles from California become an American territory is surprisingly short.

The only reason America annexed Guam and its Chamorro inhabitants all those years ago was because the U.S. was at war with Spain. When the Spanish-American War broke out in April of 1898, Guam was under Spanish control (as it had been since the 1600s). The U.S. was actually more interested in conquering the Spanish Philippines, but it figured it needed to take Guam to secure the larger territory. The Philippines and Guam are only 1,500 miles apart.

In June of that year, the U.S. sent the second USS Charleston (C-2) to capture the island. When the ship arrived, the Americans on board sent up warning signals to let the Spanish know they were there, says Dr. Diana L. Ahmad, a professor of history and political science at Missouri University of Science and Technology.

“They of course expected the Spanish to respond in some sort of war-like manner, defending their island and so forth,” she says. “But there was no response from them at all.”

The Americans were confused because they didn’t know what was going on. Why wasn’t anyone responding to the declaration that they were there to attack?

In a couple of hours, a boat of Spanish authorities sailed over to the Charleston to talk with the Americans. When they reached the ship, the Spanish apologized for not responding to what they’d perceived as a salute or greeting from the Americans—in other words, the Spanish thought the Americans’ signals had been a polite knock on the door.

“The Americans just looked at them and said, ‘No, we’re at war,’” Ahmad says.

Turns out, the Spanish stationed on the remote island hadn’t known they were two months into the Spanish-American War. Once the parties established that they were enemies, the Americans sent a letter to the Spanish governor of Guam giving him 30 minutes to surrender.

“A couple of the documents I’ve read said he took until the 29th minute to respond,” Ahmad says. However long he took, “the island of Guam surrendered and it became American. It was that simple.”

Afterwards, the Americans “stayed for about 24 to 36 hours” before sailing away again, she says. “They left no Americans in charge of the island and even took the flag [they’d raised] with them.” It was the first and last event in the Spanish-American War that ever took place in Guam, and it was completely bloodless.

When the U.S. won the war, it made Guam an official U.S. territory. Guamanians, as the U.S. government calls them, are now U.S. citizens by birth. However, unlike citizens in America’s 50 states, they cannot vote for president. And just like citizens of Washington D.C. and the other U.S. territories—Puerto Rico, the Northern Mariana Islands, the U.S. Virgin Islands, and American Samoa—Guam’s 162,000 people have no voting representatives in Congress.

Though political movements have sought to either incorporate Guam as a state or liberate it from the U.S., Ahmad doesn’t see that happening in the near future. But she thinks that if the U.S. is going to keep Guam as a nebulous non-state in order to benefit from its strategic location, it should play more of a role in improving the island’s strained infrastructure.

Most recently, Guam has asked the U.S. to help de-escalate the threat posed by North Korea. On August 9, 2017, the people of Guam woke up to read that Kim Jong-un was considering a nuclear attack on their island. Shortly thereafter, North Korea released a statement saying it “will complete a plan by mid-August for the ‘historic enveloping fire at Guam,’” according to the Associated Press.

“I’ve reached out to the White House this morning,” Eddie Baza Calvo, the governor of Guam, said in a video address that day. “An attack or threat on Guam is a threat or attack on the United States. They have said that America will be defended.”" 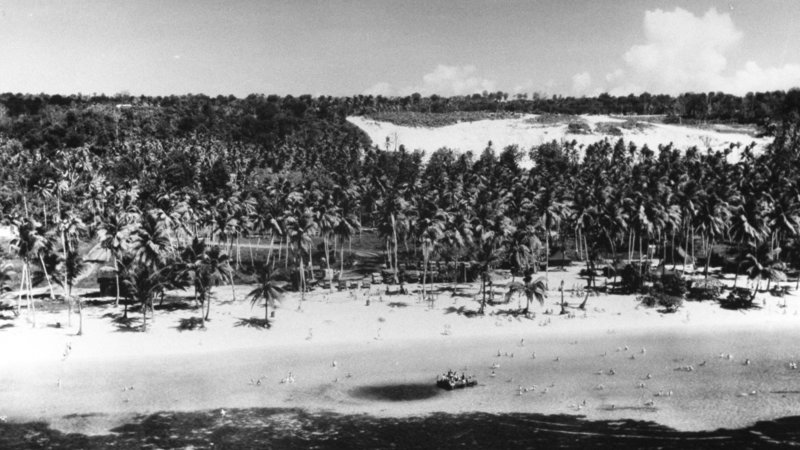 How the United States Ended Up With Guam

Lt Col Charlie Brown
Posted >1 y ago
I think they've done better with us than they would have with Spain.
(6)
Comment
(0)