German philosopher and revolutionary socialist Karl Marx published 'The Communist Manifesto' and 'Das Kapital,' anticapitalist works that form the basis of Marxism.
Who Was Karl Marx?
Karl Marx began exploring sociopolitical theories at university among the Young Hegelians. He became a journalist, and his socialist writings would get him expelled from Germany and France. In 1848, he published The Communist Manifesto with Friedrich Engels and was exiled to London, where he wrote the first volume of Das Kapital and lived the remainder of his life.

Early Life
Karl Heinrich Marx was one of nine children born to Heinrich and Henrietta Marx in Trier, Prussia. His father was a successful lawyer who revered Kant and Voltaire, and was a passionate activist for Prussian reform. Although both parents were Jewish with rabbinical ancestry, Karl’s father converted to Christianity in 1816 at the age of 35.

This was likely a professional concession in response to an 1815 law banning Jews from high society. He was baptized a Lutheran, rather than a Catholic, which was the predominant faith in Trier, because he “equated Protestantism with intellectual freedom.” When he was 6, Karl was baptized along with the other children, but his mother waited until 1825, after her father died.


Marx was an average student. He was educated at home until he was 12 and spent five years, from 1830 to 1835, at the Jesuit high school in Trier, at that time known as the Friedrich-Wilhelm Gymnasium. The school’s principal, a friend of Marx’s father, was a liberal and a Kantian and was respected by the people of Rhineland but suspect to authorities. The school was under surveillance and was raided in 1832.

Education
In October of 1835, Marx began studying at the University of Bonn. It had a lively and rebellious culture, and Marx enthusiastically took part in student life. In his two semesters there, he was imprisoned for drunkenness and disturbing the peace, incurred debts and participated in a duel. At the end of the year, Marx’s father insisted he enroll in the more serious University of Berlin.

In Berlin, he studied law and philosophy and was introduced to the philosophy of G.W.F. Hegel, who had been a professor at Berlin until his death in 1831. Marx was not initially enamored with Hegel, but he soon became involved with the Young Hegelians, a radical group of students including Bruno Bauer and Ludwig Feuerbach, who criticized the political and religious establishments of the day.


In 1836, as he was becoming more politically zealous, Marx was secretly engaged to Jenny von Westphalen, a sought-after woman from a respected family in Trier who was four years his senior. This, along with his increasing radicalism, caused his father angst. In a series of letters, Marx’s father expressed concerns about what he saw as his son’s “demons,” and admonished him for not taking the responsibilities of marriage seriously enough, particularly when his wife-to-be came from a higher class.

Marx did not settle down. He received his doctorate from the University of Jena in 1841, but his radical politics prevented him from procuring a teaching position. He began to work as a journalist, and in 1842, he became the editor of Rheinische Zeitung, a liberal newspaper in Cologne. Just one year later, the government ordered the newspaper’s suppression, effective April 1, 1843. Marx resigned on March 18th. Three months later, in June, he finally married Jenny von Westphalen, and in October, they moved to Paris." 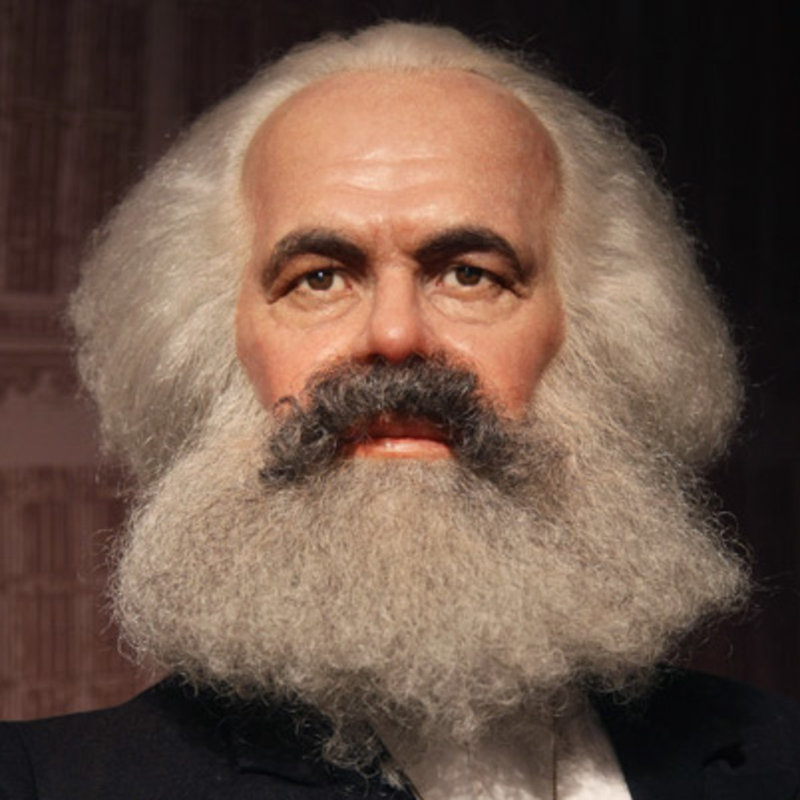 LTC Stephen F.
Posted >1 y ago
Thank you my friend SGT (Join to see) for making us aware that on October 15, 1842, Karl Marx became editor-in-chief of the Rheinische Zeitung.
(0)
Comment
(0)
Show More Comments
Read This Next
RallyPoint Home