Claire Chennault, legendary hero of the air war against the Japanese, grew up in Louisiana. He attended Louisiana State University and Louisiana State Normal College prior to being commissioned a first lieutenant in the Infantry Reserve in November 1917. He transferred immediately to the Signal Corps Aviation Section and served in World War I. Chennault was on duty at Langley Field, Va., and Kelly Field, Texas, after the war, learning to fly there and getting his wings in 1919.

He studied aeronautical engineering at Kelly; performed squadron duties at Gerstner Field, La., and Ellington Field and Fort Bliss, Texas, until September 1923, when he went to Hawaii for three years at Luke Field as commanding officer of the 19th Pursuit Squadron. He came home to instruct for two years at Brooks Field, Texas, where he was promoted to captain in April 1929 and named director of flying. He next attended the Air Corps Tactical School at Langley Field, Va., graduating in June 1931 and remaining there as an instructor.

Chennault was promoted to major in June 1936 at Maxwell Field where he was chief of Pursuit Training. He went to China shortly after the outbreak of the Sino-Japanese War to train pursuit units of the Chinese Air Force. In the summer of 1941 he was made a brigadier general in the Chinese Air Force and put in charge of recruiting pursuit pilots for the American Volunteer Group who became famed as the Flying Tigers.

Chennault was recalled to active duty by the Army Air Force April 15, 1942 as a colonel and was promoted to brigadier general a week later. In July he became commanding general of the U.S. Air Force in China and in March 1943 was promoted to major general and named to command the 14th Air Force in China. He spent the rest of World War II in this key combat role. He came home in July 1945 for a brief assignment to Headquarters Army Air Force and he retired from the service Oct. 31, 1945.

Chennault went back to China in 1946 and stayed there until 1950 as president of Civil Air Transports. On July 18, 1958, the U.S. Air Force gave him the honorary grade of lieutenant general. He died nine days later, on July 27, at New Orleans." 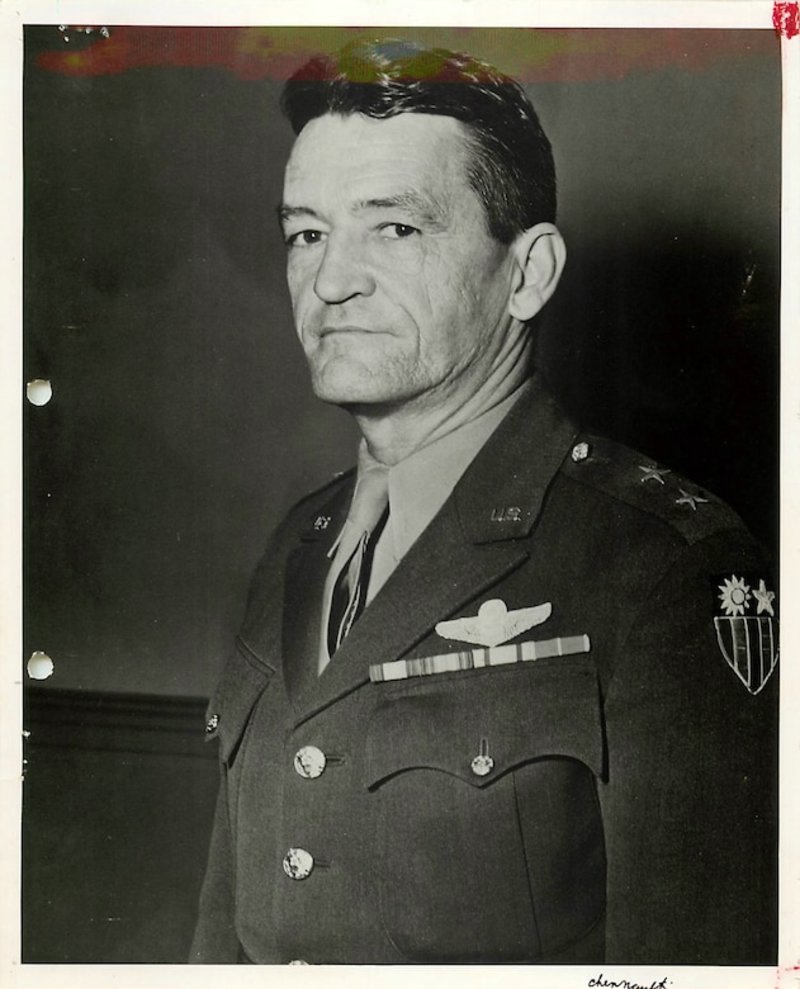 Posted from af.mil
Posted in these groups:

Lt Col John (Jack) Christensen
Posted 10 mo ago
Read everybody about him I could get my hands on as a kid!
(9)
Comment
(0)