MAJ Montgomery Granger
1.54K
21
7
12
12
0
President Donald Trump’s former defense secretary, James Mattis, just released his book, Call Sign Chaos: Learning to Lead, and it’s not what many within the Leftmedia were hoping for — a rebuke of Trump’s leadership. In fact, if anything Mattis does the opposite by offering stinging criticism of Barack Obama and Joe Biden. Mattis, who abruptly left the Pentagon last year following a disagreement with Trump over his decision to withdraw troops from Syria, explained his rationale for refusing to offer any criticism of Trump: “There’ll come a time when I speak out on strategic issues, policy issues, that I do not have a question about. But I need to give some period of time to those who have to carry out the responsibility to protect this country in a very, very difficult age.”

Meanwhile, since both Obama and Biden are no longer in office (though Biden wants Trump’s job), Mattis freely offers his critique of their leadership (or lack thereof), specifically regarding U.S. involvement in the Long War and their inept handling of Iran. For example, Mattis noted that both Obama and Biden summarily dismissed his objections to pulling U.S. troops out of Iraq, as Mattis warned that Iraq would slip back into violence. As we’ve noted, Obama practically did create ISIS. Mattis pinpoints the reason for Obama’s rejection of his warnings, writing, “At the top, then as now, there was an aura of omniscience. The assessments of the intelligence community, our diplomats, and our military had been excluded from the decision-making circle.”

When our political and military goals are the same, we are successful. When they are different, we are much less successful. 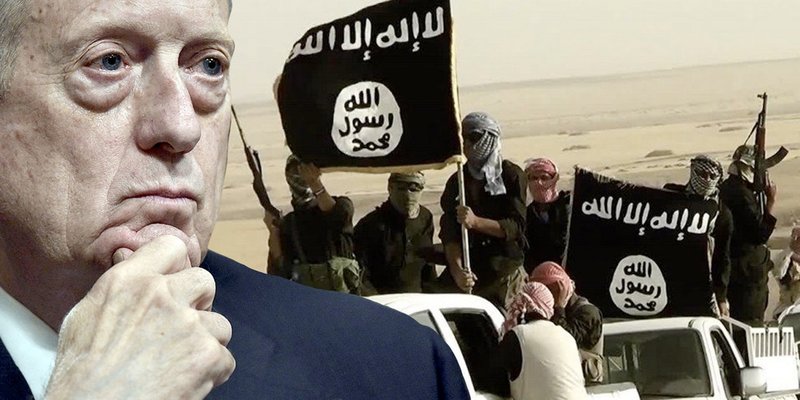 Cpl Mark A. Morris
Posted 5 mo ago
They were not included in the decision making process. Because, the agenda was to cause ISIS and the rest of the ME to go belly up in religious civil war. Including Libya. Afterwords an Islamic invasion of Europe.
Peace prize my arse.
(1)
Comment
(0)

MCPO Roger Collins
Posted 5 mo ago
A man with principles, a rarity in these times.
(1)
Comment
(0)
Show More Comments
Read This Next
RallyPoint Home