COL Mikel J. Burroughs
3.98K
57
13
23
23
0
On October 22, 2011, United States Marine Sgt. Jose Luis Sanchez stepped on an IED (improvised explosive device) while out on patrol with allied forces in Afghanistan’s Helmand Province. The blast destroyed his left leg, which was amputated below the knee, and left his right leg permanently injured.

Sanchez was shipped stateside to recover at the Brooke Army Medical Center’s Center for the Intrepid in San Antonio, Texas, the sergeant’s hometown. Four and a half years later, he’s going to run the 120th Boston Marathon. The para-athlete, who ran his first marathon just last October at the Marine Corps Marathon in Washington, D.C., will be running with Team Semper Fi for the Semper Fi Fund — an organization whose sole purpose is to “provide immediate financial assistance and lifetime support to post-9/11 wounded, critically ill and injured members of all branches of the U.S. Armed Forces, and their families.”

Sanchez doesn’t expect Monday’s marathon to be easy, but he knows the struggle will be worth it. After all, he’s just a kid who joined the Marines straight out of high school on a whim. Now he gets to show the people of Boston, and the world, how we can make ourselves whole again after tragedy. 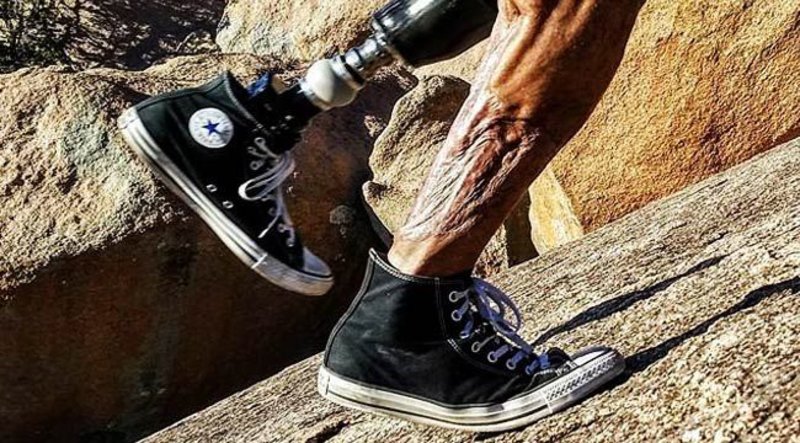 Posted from uproxx.com
Posted in these groups:

SGT David A. 'Cowboy' Groth
Posted 5 y ago
A civilian would probably be crying for attention. Give them Hell Marine.
(4)
Comment
(0)