Sgt Jordan Foster
3.37K
93
36
15
15
0
https://nypost.com/2021/01/06/mike-pence-condemns-trump-supporters-who-stormed-capitol-hill,
Wow. How sad! The largest gathering of unemployed losers this nation has ever seen. During a pandemic the best way to make a statement is by gathering together and proving how mismanaged the pandemic was really handled. We are now very venerable if untrained Americans can storm and take over... what message does this send to other nations! 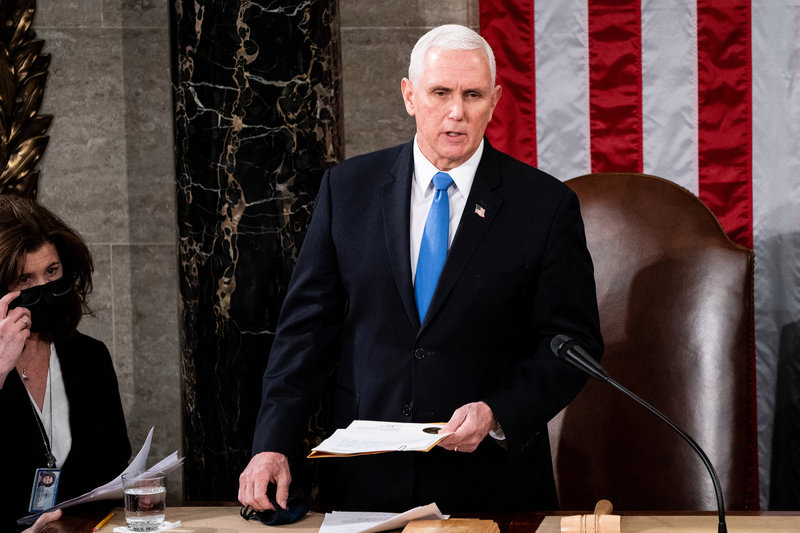 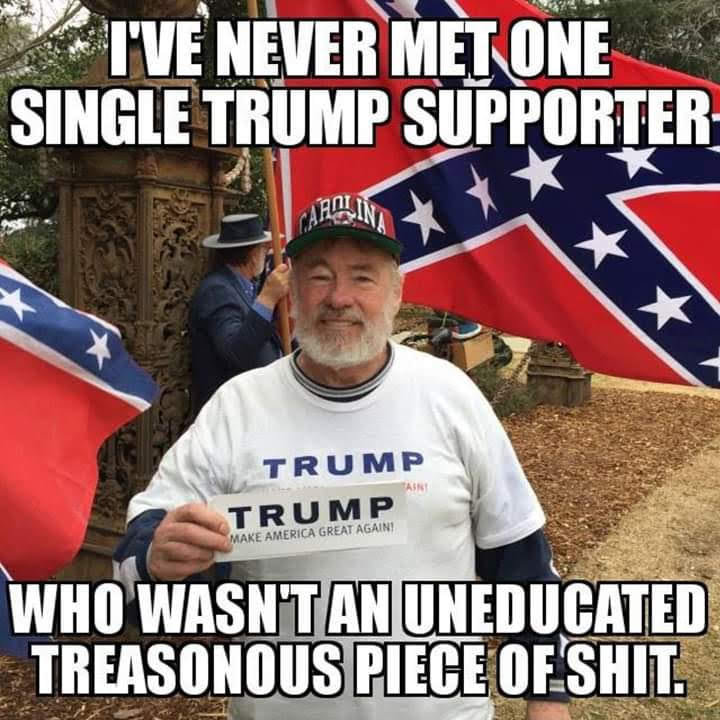 It's time to be blunt. Trump supporters, you're in a cult. If you still remain blind to the cult, then your programming is to the point where you're incapable of recognizing it. This isn't a debatable position at this point.

MSG Brenda Neal
2 y
This is an exact picture of mob mentality as your comments are meant to incite more mob mentality. It's like a kid that gets bit by a dog decides all dogs are bad. Hate and hate speech has been this whole countries moto since a businessman with a checkered past got elected to run the business of the country. Lack of support for our country was reflected in lack of support for our commander-in-chief. Disrespect has become a lifestyle that has drawn out the extremes of stupidity of anyone supporting the president or those doing what it takes to undermine the policies he tried to implement, including incompetent support staff. Right or wrong, with his way of sneering at people, it deflected from the incredible strides he could have made. The Bible talks about children on each side of the street taunting each other. Washington DC is nothing more than an elementary school playground. It's not a wonder the whole country is falling apart. One thing not to worry about is our enemies. Their laughing themselves to death.
(0)
Reply
(0) 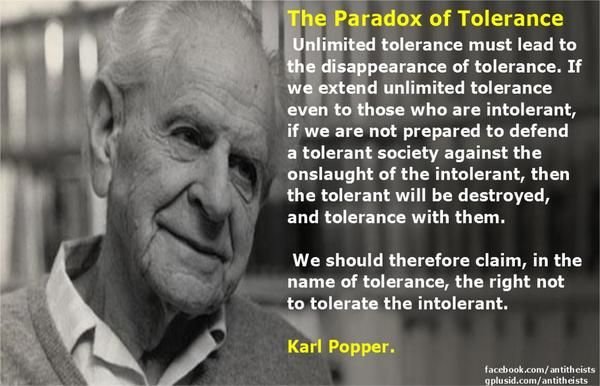 MSG Jd Cotham ah, the old " you're intolerant because you don't tolerate the intolerant" chestnut.
Otherwise known as the Paradox Of Tolerance. Yeah, I'm not playing your little game.
I'm not going to support your merry little band of insurrectionist, any more than I would the Klan or the confederacy.
(2)
Reply
(0)

MSG (Join to see)
2 y
SFC Michael Hasbun, Your Meme considers Trump supporters uneducated and treasonous (I'll leave out the vulgarity) and you go on to say they are in a Cult. Are these the 75 million that voted for him? I know a lot of Trump voters that were well educated and a lot of Biden voters that were uneducated. Education in and of itself is not and should not be a litmus test for political knowledge. In this day and age a lot of voters (very many of whom have Bachelors-Doctors Degrees) fail to do their own research and instead tend to listen to whatever their flavor of social media is from CNN and FOX or Twitter and Facebook. Just because someone supported the President of the United States or the outgoing president at the time and his belief that the election in at least six states, Arizona, Georgia, Michigan, Nevada, Pennsylvania, and Wisconsin had some level of election regularities/fraud, does not make them treasonous. Now, getting to your last paragraph, while I will most certainly agree with your point that many were armed most were not. Also, they were not part of a violent uprising against an authority or government (treason), but a spontaneous riot on the nations Capitol. I would also argue that the Presidents speech on January 6th did not ask those present to attack the capitol and thus could not be conduct or speech inciting people to rebel against the authority of a state or monarch (insurrection). Though there would appear to have been many insurrectionists in the lot as has been reported with the arrests of those individuals who incited the crowed. In summation, after cooler heads have prevailed, I believe the former president will be acquitted of all charges and that the impeachment itself will be remembered in the future as political theater created to stir up and validate the base of one party over another, nothing more. As for the "Cult" that you reference I believe they have people of all walks of life, educational back ground, military, and civil service alike with a common belief that their candidate did not get a fair election just as former Sec. of State Hillary Clinton's supporters felt on November 15, 2016, when they began rioting all over the country the night she lost the election because they truly believed she got robbed.
(0)
Reply
(0)

Many have been horrified by Wednesday's events and Trump's lack of action.

SFC (Join to see)
2 y
It seems Pence led the call to call in the Guard after Trump was hesitant.

"Vice President Mike Pence, not President Donald Trump, helped facilitate the decision to mobilize members of the DC National Guard Wednesday when violence at the US Capitol building started to escalate, according to a source familiar with the move and public comments from top officials."
(3)
Reply
(0)

Cpl Mark A. Morris
Posted 2 y ago
I would like to see a list of those arrested and their social profile before claiming they are all Trump supporters. I agree, they are losers.
(4)
Comment
(0)

Sgt Jordan Foster
2 y
I feel it but you can’t say the guy with no arms and no legs inside of the capitol building wasn’t a supporter. I get there has to be a head of the snake to organize it but what do all followers do best? Follow. Everybody may not of been supporters but I can honestly say if they were out at his rally before like a majority of them were then a majority of them are supporters.
(3)
Reply
(0)

SFC (Join to see)
2 y
Here is the Twitter profile of the woman who got shot yesterday. Pure unadulterated conspiracy nonsense