SSG Robert Webster
808
12
2
7
7
0
Link to article not behind a paywall:
https://www.msn.com/en-us/money/news/one-third-of-u-s-troops-have-declined-covid-vaccine-pentagon-says/ar-BB1dLvQi?ocid=msedgntp

(Bloomberg) -- About one-third of U.S. troops who have been offered a Covid-19 vaccine have declined the inoculation, initial Pentagon data show. The choice still allows personnel to deploy.

Pentagon officials told a House panel Wednesday that vaccination is still voluntary for service members because the vaccines developed by Pfizer Inc. and Moderna Inc. so far are approved by the Food and Drug Administration on an emergency-use basis. That would change with full approval by the FDA as many other vaccinations are mandatory for troops.

Early data show nearly one million people in the Defense Department have received some combination of one or both doses of the vaccine, Major General Jeffrey Taliaferro, vice director for operations at the Joint Chiefs of Staff told the House Armed Services Committee.

Only 147,000 have been fully vaccinated, according to Robert Salesses, a Pentagon official performing the duties of an assistant secretary of Defense for homeland defense and global security.

Pentagon officials said they aim to have most troops inoculated for Covid-19 by the end of August. 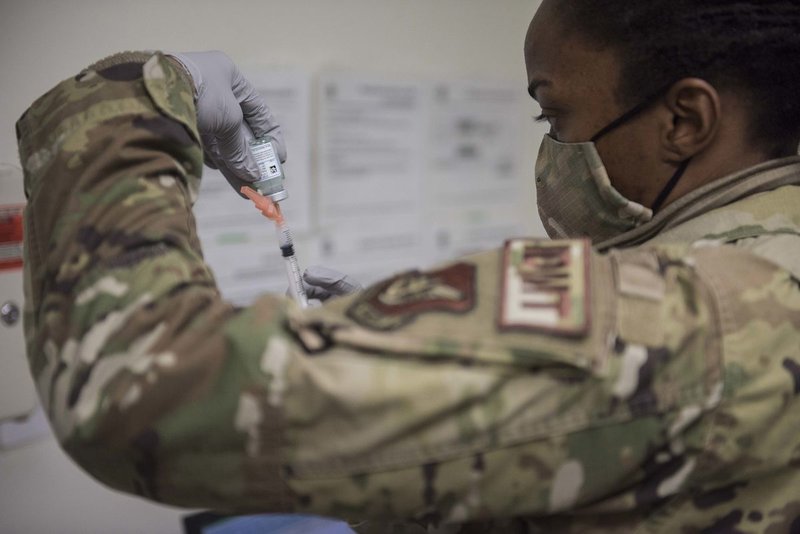 Posted from bloomberg.com
Posted in these groups:

SGT (Join to see)
Posted 2 y ago
SSG Robert Webster I don't remember having a choice when I was inducted or levied to Nam.
(1)
Comment
(0)
Read This Next
RallyPoint Home