picture of woman who fought in the civil war - Google Search

The post about the civil war had me thinking. There were many women who served as men in the civil war from both sides. Just imagine the personal, physical courage, and craftiness requisite to hide their gender amongst men. 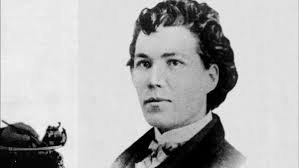 LTC Stephen F.
Posted >1 y ago
CPT Joseph K Murdock
Last night in my question focused on June 5 in the US Civil War I included a post from a British Officer on assignment as liaison to the confederate Army in an observer status.
"Friday, June 5, 1863: Lt. Col. Arthur Fremantle, of Her Majesty’s Coldstream Guards, visiting on assignment from the Crown, has visited the Confederate Army in Tennessee, and is preparing to travel on to Virginia. He has a singular encounter there with meeting a woman who had served in combat: “I left Chattanooga for Atlanta at 4.30 P.M. The train was much crowded with wounded and sick soldiers returning on leave to their homes. A goodish-looking woman was pointed out to me in the cars as having served as a private soldier in the battles of Perryville and Murfreesborough. Several men in my car had served with her in a Louisianan regiment, and they said she had been turned out a short time since for her bad and immoral conduct. They told me that her sex was notorious to all the regiment, but no notice had been taken of it so long as she conducted herself properly. They also said that she was not the only representative of the female sex in the ranks. When I saw her she wore a soldier’s hat and coat, but had resumed her petticoats.”
(1)
Comment
(0)

CPT Joseph K Murdock
>1 y
Imagine the incipient courage manifested by that woman to serve in an all male regiment.
(1)
Reply
(0)

CPT Joseph K Murdock
>1 y
I was shocked as well.
(0)
Reply
(0)
Read This Next
RallyPoint Home