SFC (Join to see)
1.28K
8
3
5
5
0
The Army is aggressively pursuing overhauls this year to its troubled procurement system – concurrent with Congress’ own efforts to reform the Defense Department’s acquisition process at-large.

The Army is actually pushing for more acquisition reforms than outlined in the 2016 defense policy. Chief among these initiatives is the Rapid Capabilities Office, launched this fall under the leadership of new Army Secretary Eric Fanning.

The RCO is designed to zero in on the Army’s biggest requirements, with the intent to deliver capabilities within a one- to five-year horizon.

Fanning vowed in his confirmation hearing in May that he would set up such an office and on Sept. 26, the RCO held its first board of directors meeting. This was within the 30-day time frame Fanning set for himself.

“We’re kind of building it as we fly,” Fanning told Defense News in a Sept. 27 interview at the Pentagon.

The first board meeting covered how the charter would be finalized, but also how the office would decide to tackle some of its major priorities going forward. Among those priorities are electronic warfare, survivability, precision, navigation and timing (PNT) capability and countering unmanned aircraft systems.

“First of all, the physics have to be possible,” Fanning said, and the projects have to be doable in a one- to five-year time frame. And the RCO team is looking at operational needs statements from the combatant commanders “up against what we already have that we could be able to accelerate,” he added.

Maj. Gen. Walter Piatt, the RCO’s director of operations, and Douglas Wiltsie, the RCO director, said the first board meeting with Army leadership is a reflection of the fast pace of the office.

In the next 30 days, the RCO will come back to its second board meeting, around the beginning of November, with a complete charter to be finalized along with recommended projects and programs within the electronic warfare, PNT and cyber capability areas. Along with suggestions on ways forward in those three areas, the RCO has to weigh its recommendations against time, funding, and risk, Piatt told Defense News on Sept. 28.

In addition to the RCO being part of a bigger acquisition reform effort, it’s also an acknowledgement of the pace of technology and enemy capability, that not everything can move at the pace of a normal acquisition program. Some acquisition needs to synch with the pace of, for instance, quadcopters flying off the shelf at a local electronics store.

“The Army didn’t just wake up and say, ‘We need to make acquisition go faster,’” Piatt said, but due to such factors born from adversaries, the need to rapidly evolve technology, turn it into new systems or change existing systems to make it better, will keep enemies from closing the gap on US military advantage.

Wiltsie and Piatt said they are involving leaders within the Army from scientists to requirements writers to maintainers to help move programs through the RCO. And wherever possible, the office will be examining capabilities in exercises, assessments, and even real operations for insight on how capabilities can be accelerated.

The next Army Warfighting Assessment to be held this month at Fort Bliss, Texas, will demonstrate two of the three top priorities for the RCO. “We are going to run a vignette for electronic warfare, an EW denied environment to see how not only do we do detection but how do we get the information back into the tactical operations center of the brigade and do they generate an effect,” Wiltsie said.

There is also going to be a defensive cyber operations vignette at the AWA, he noted.

The Army’s RCO is looking at PNT but is anticipating examining the capability at a different venue such as White Sands Missile Range, New Mexico, but that is not yet tied to an exercise, according to Wiltsie.

While the plan is flexible, the RCO will spend much of 2017 analyzing the capabilities it has prioritized and working on prototypes which would then be followed by a limited production in the 2018 timeframe, Wiltsie said. But it all depends on the number initiatives the RCO is working and how they evolve, he added.

The Army’s Capability Integration Center director Lt. Gen. H.R. McMaster told a group of reporters Sept. 27 that his outfit was looking to nominate capabilities that could be delivered quickly through the RCO. “I’m not ready to mention what those are now but I think there are three of them in particular that I think are really going to help the Army by getting capabilities out faster,” he said.

Fanning noted that the first round of projects will largely be things that the Army is already doing, probably parts of programs of record that it could accelerate. 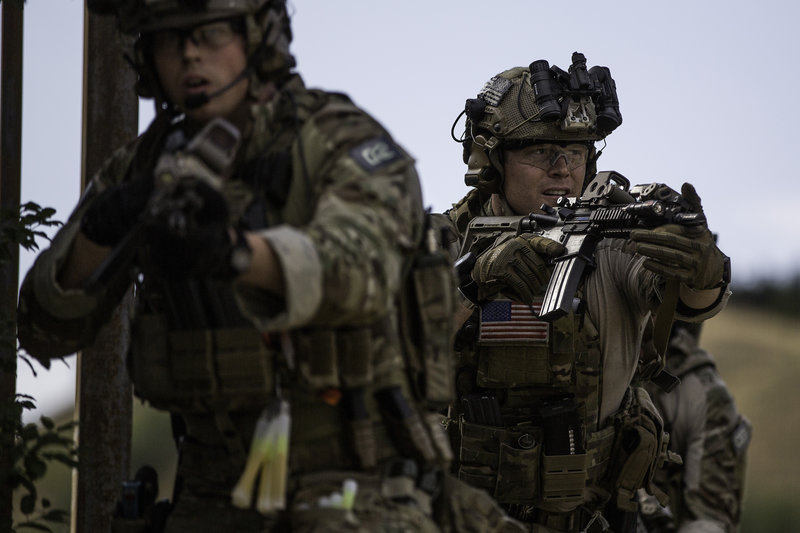 SFC George Smith
Posted 4 y ago
this is a disaster looking for a Place to Happen...
(1)
Comment
(0)

LTC Stephen F.
Edited 4 y ago
Posted 4 y ago
The Rapid Capabilities Office (RCO) is an oxymoron SFC (Join to see). Of course the "phased in capabilities office" (PICO) which would be more accurate as a name for a programmatic office focused on delivering capabilities within a one- to five-year horizon is much less of a "sexy" name than the RCO.
In DC names of organizations are very important :-)
(1)
Comment
(0)

SMSgt Dr. G. A. Thomas
Posted 4 y ago
Fail to plan you plan to fail
(1)
Comment
(0)
Read This Next
RallyPoint Home